Since its first release in 2014, the Macan has become Porsche’s best selling car, outstripping stalwarts like the 911 and 718 Boxter / Cayman. This year the German automotive firm have given their wunderkind a makeover and an overhaul hoping to capitalise even further on the Macan’s deserved reputation before they release a fully electric version in 2021.
Pros
Cons

Porsche say the new Macan has a “more purposeful and modern appearance”, but you’d be forgiven for getting out the magnifying glass to spot the differences. Let’s say the changes are subtle and leave it at that. Barring a few tweaks to the front grille and the side panels, the most notable change to the exterior is the new, full width LED tail-light. But, at the end of the day, this isn’t a new generation of Macan, that’s coming in 2021 with the promised fully electric version. This is an upgrade rather than a re-design. 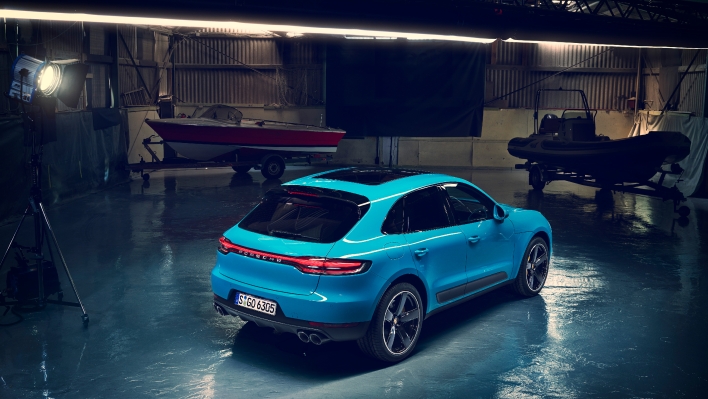 Overall, the interior of the new Macan screams quality. Everything is satisfying to the touch, from the dashboard to the brushed aluminium buttons under the infotainment system. Everything feels sturdy and expensive, basically what you’d expect from a premium brand car.

The previous Macan had a 7 inch infotainment system, which didn’t seem so bad back in 2014, but in the 5 years since, we’ve become accustomed to finer things. Accordingly, Porsche are fitting the new models with a 10.9 inch touch screen system. The screen is incredibly high-definition, the interface is simple and neat. The controls are responsive. Connectivity with most modern phones shouldn’t be a problem with integrated Bluetooth, and Apple CarPlay, but oddly no Android Auto. The 11 speaker setup gives great clarity and depth of sound.

Unlike in some of their other models which are almost minimalist, Porsche decided to keep physical buttons for most of the controls in the new Macan. The centre console is lined with buttons controlling the inclination of the seats, the drive mode, hazard lights etc. This does feel a little old fashioned when most competitors are filling their cars with touch sensitive controls, but it has to be said, Porsche have made a good call here. Using any of these controls whilst driving is much easier than the fiddly and awkward controls on some cars. They are easy to locate and have a satisfyingly tactile feedback when you press them.

The Macan isn’t the most practical car in the small SUV class, the rear seats, though comfortable, don’t leave much legroom for adult passengers, and the headroom in the rear won’t leave you mistaking it for a vaulted cathedral ceiling. The rear seats do fold in a useful 40-20-40 configuration and the boot is square with no load lip to speak of so fitting cargo in is easier than in some cars. It’s not cavernous but should do the job for most people at 500 litres with the rear seats in place rising to 1500 litres with them folded down. Both outside rear seats have isofix points and the rear doors open quite widely meaning fixing a child seat is very straightforward. 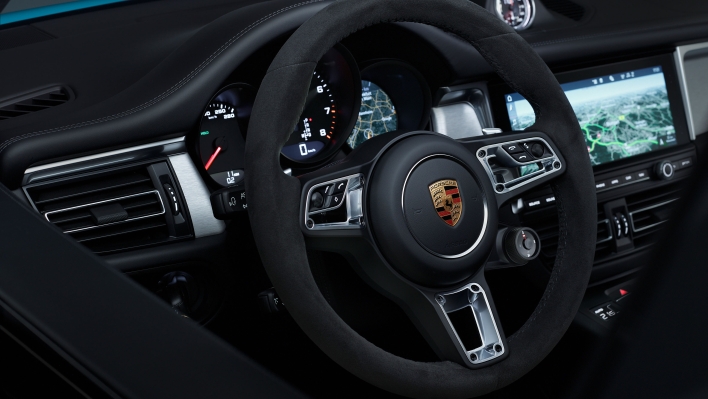 This is to be the last of the carbon fuelled Macans. With Porsche having announced that the next generation will be fully electric, this car will have a legacy to leave.

The new batch of Macans won’t be coming with any diesel engines, instead there’s a choice of two petrols. The entry level Macan comes equipped with a 2 litre, 4 cylinder engine which can output around 240 bhp. Top speed with this setup is 139 mph (around 224 km/h). 0- 60 will take 6.7 seconds. Now, this isn’t bad for a car of this weight but if you’re looking at buying a Porsche, even a Porsche SUV, you might want to look at the more powerful Macan S.

The S version has some subtle changes to make it look a little sportier, but the main differentiator is under the bonnet. The 3 litre V6 engine in the Macan S can deliver 350 bhp (110 more than the entry level). Top speed is 157 mph (253 km/h) and its 0-60 time is 5.3 seconds. When you remember that these figures are attached to a car weighing in at almost two metric tonnes (unladen) you’ll be impressed. With figures like these you can see why Porsche describe the Macan as a sports car disguised as an SUV. 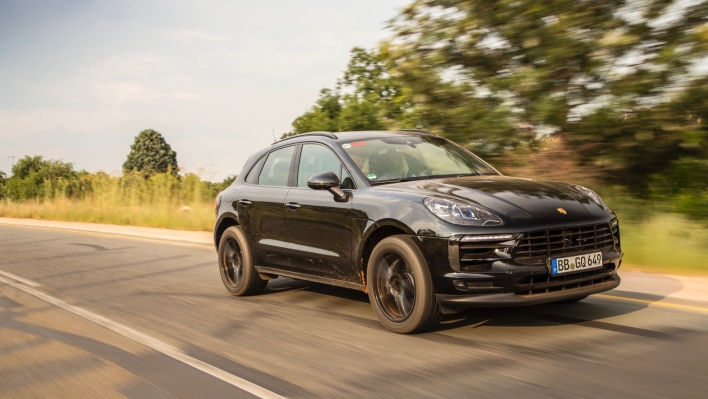 The first Macans have proven to be some of the most reliable SUVs out there, and though Porsche as a whole may not rank extremely highly in people estimates of reliability, the Macan has proven itself to be solidly built. Before launching this new version, all the new components were thoroughly stress-tested. Part promotion, part road testing, a train of prototype Macans were driven through some fairly treacherous terrain in South Africa, coming out the other side with not much more than a few pock-marks. 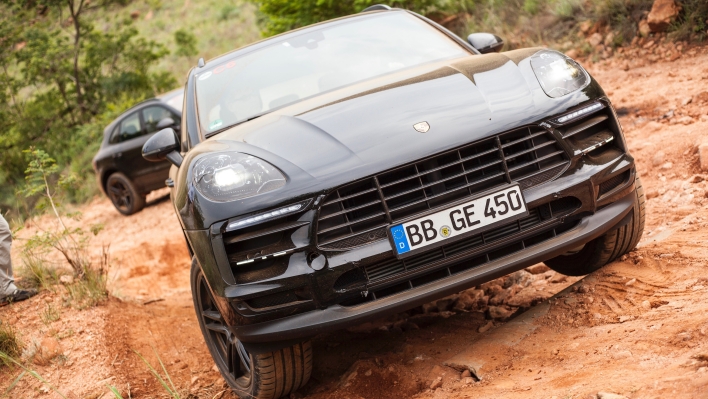 To put it bluntly, running a Porsche Macan is going to be more costly than some other SUVs. It is a Porsche. Servicing and insurance costs will be slightly higher than competitors. And, though  these upgraded Macans have more efficient engines, there is no diesel option so fuel consumption costs are going to be higher. The entry level Macan has a published combined fuel consumption of  25.7 – 28.2 mpg while the Macan S, with its 100 extra horsepower posts figures of 23.9 – 25.7 mpg. 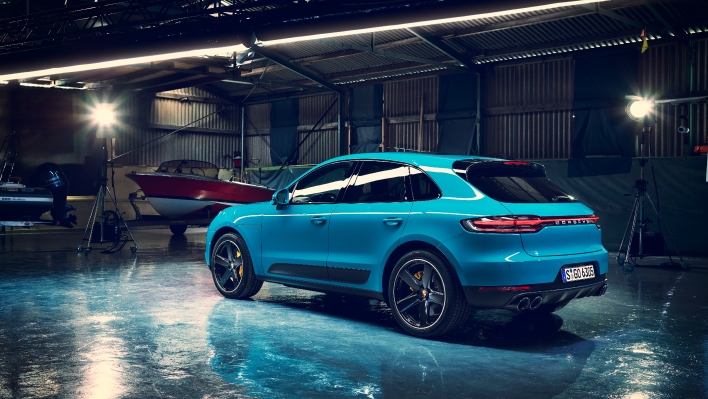 The Macan really shines brighter than its competition when it comes to handling. You can tell that there are some clever Porsche algorithms going to work when you turn into a corner. Coupled with the optional air suspension you can throw the macan around a country road as if it were a sports coupé. 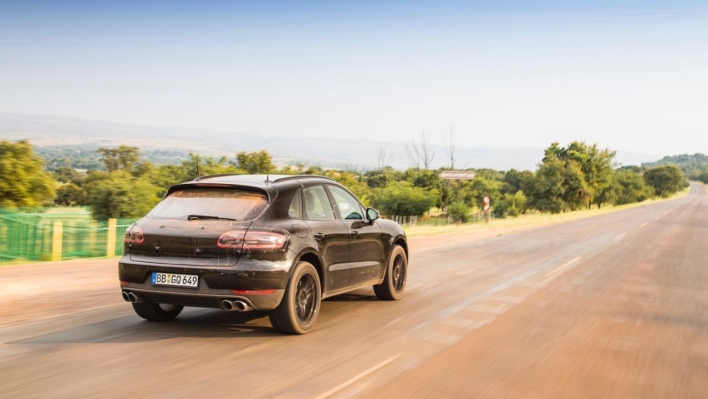 The 2014 Macan received a 5 star safety rating from Euro NCAP. Having reviewed the facelifted 2019 models, they were happy to leave that score untouched. There are some good safety features as standard on all models but you’ll have to take a look at the (quite long) list of optional extras to get the ultimate safety package with your Macan. We are starting to see some of these features coming as standard on less expensive cars. So it seems odd that lane-keeping assistance and adaptive cruise control are optional. You will find a lane-departure warning as standard, as well as speed limiting cruise control and parking assistance. 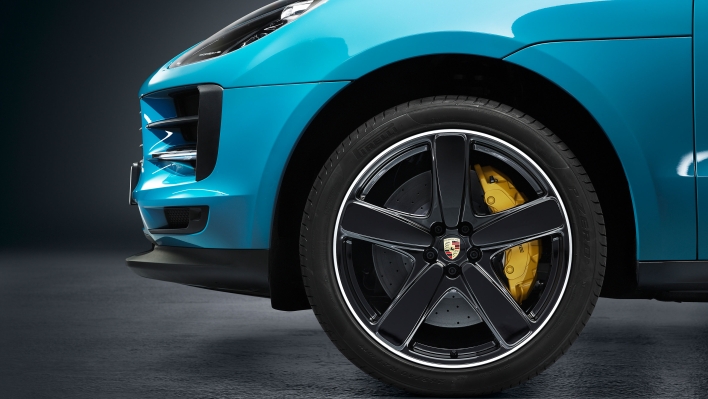 All in all, the facelifted Macan is a good SUV. It's a great SUV. But so was the old Macan. The new features have helped to update Porsche's best selling car and keep it competitive in an increasingly crowded marketplace.