Ford have completely revamped the focus family of cars. They look better. They’re more efficient. They drive better. The Focus is already the 5th best selling car in Ireland. The ST-Line Focus is fun to drive, looks good and makes you feel like your small family car is a bit sportier than it has any real right to be.
Pros
Cons

The external changes to the current generation of the Ford Focus, are in my opinion fairly subtle. Some of the angles are a little sharper, the tail lights extend further into the tailgate, and the front grille is a little wider. There is greater variation between the current Focusses than between generations. Each of the siblings have been given a slightly different face-lift with the front grille becoming the birthmark that identifies the otherwise identical twins. The honeycomb effect of the grille on the ST-Line is pretty pleasing, and the little red ST badge sits proudly against the black depths. 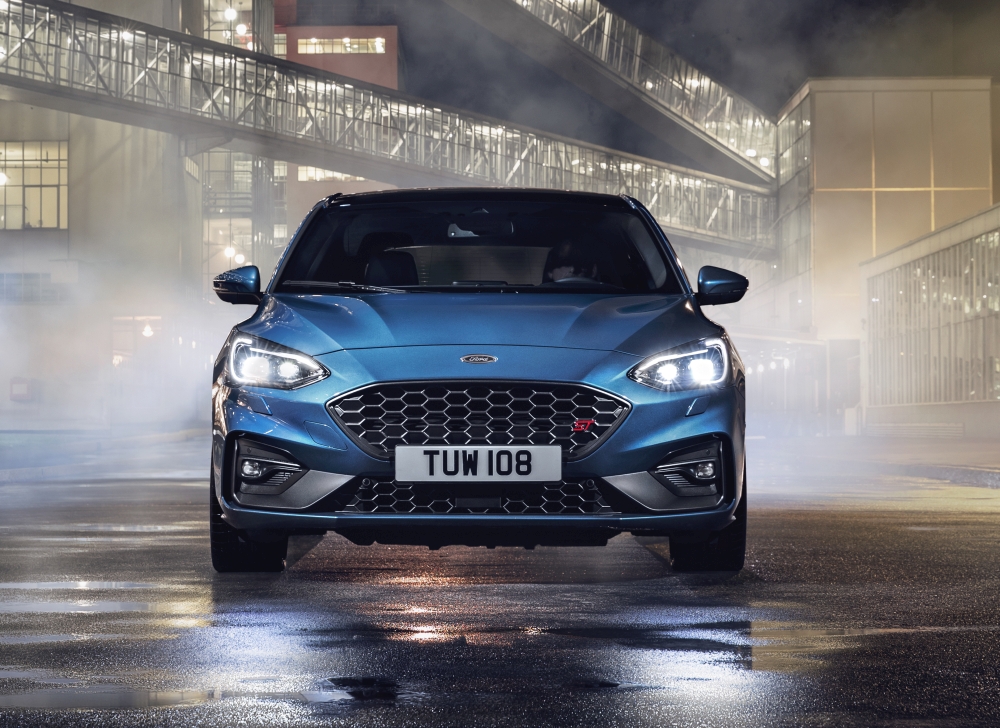 The Focus has for a long time been one of the most popular cars in the UK and ireland, and to be honest, it was almost as if Ford were happy enough with this and didn’t feel the need to impress us with the interior. With the new line of Focusses, they actually got their designers to do something though. The interior is drastically more impressive than in previous generations. The surfaces are tactile, the dashboard is pretty stylish.

One nice touch is the padded side of the centre console, something for the driver or front passenger to rest their knee against. Another simple, but effective feature of the interior is that the door pockets are lined with felt. This pretty lo-fi system does a great job of stopping whatever you’ve stashed in there from rattling around as you drive. It has to be said, this isn’t a new idea; VW have been doing that in Golfs for years, but that doesn’t mean it’s not a good idea.

The ST Line optionally comes with a good 8 inch touch screen with connectivity for Android Auto and Apple CarPlay. The sat-nav is clear and straightforward. Again, optionally, you can add a wireless charging plate for your phone.
The Recaro seats with red stitching do a good job reminding you that you’re inside a sportier model. 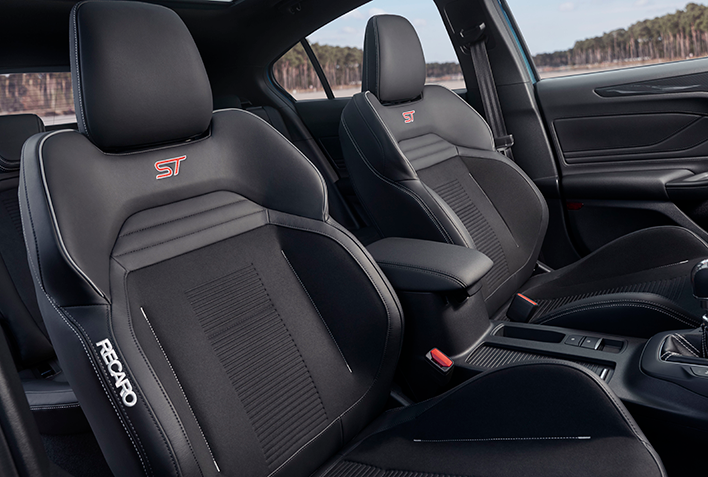 In Ireland we’re only really getting a choice of two engines. a 1.5 litre turbo diesel with a choice of either 8 speed automatic or 6 speed manual, or the the one litre turbo petrol which comes chained to the 6 speed manual transmission.  It’s tough to say which will be the more popular option. What with the price of fuels levelling out at the minute and the less than stellar increase in performance over the diesel engine, we think it will be a tight race between the 1.0T EcoBoost Petrol engine that outputs about 123 bhp, and the 1.5TD EcoBlue giving around 118 bhp.

You’ll be looking at acceleration times of about 10 seconds to 60mph and a top speed of 124 mph with the petrol engine and an ever so slightly more sedate 122 mph for the diesel. 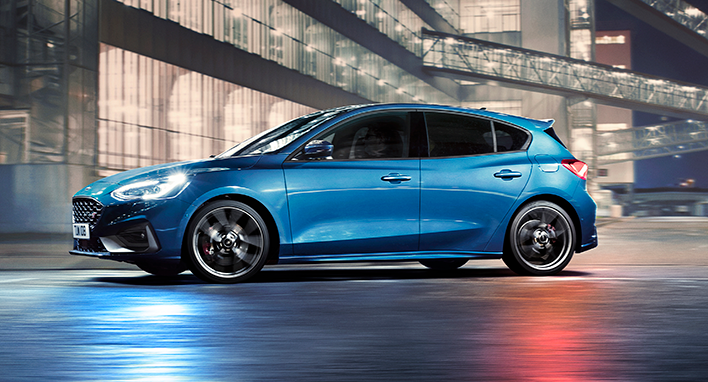 It has to be said, that Ford have a reputation for building cars that aren’t quite as reliable as their Japanese competitors. That’s not to say you should worry about picking one up for yourself. Given the fact that the focus consistently sells well across Ireland and the UK, in fact it was the fifth best selling car in Ireland this year. You needn’t worry about picking up spare parts if anything does go wrong. 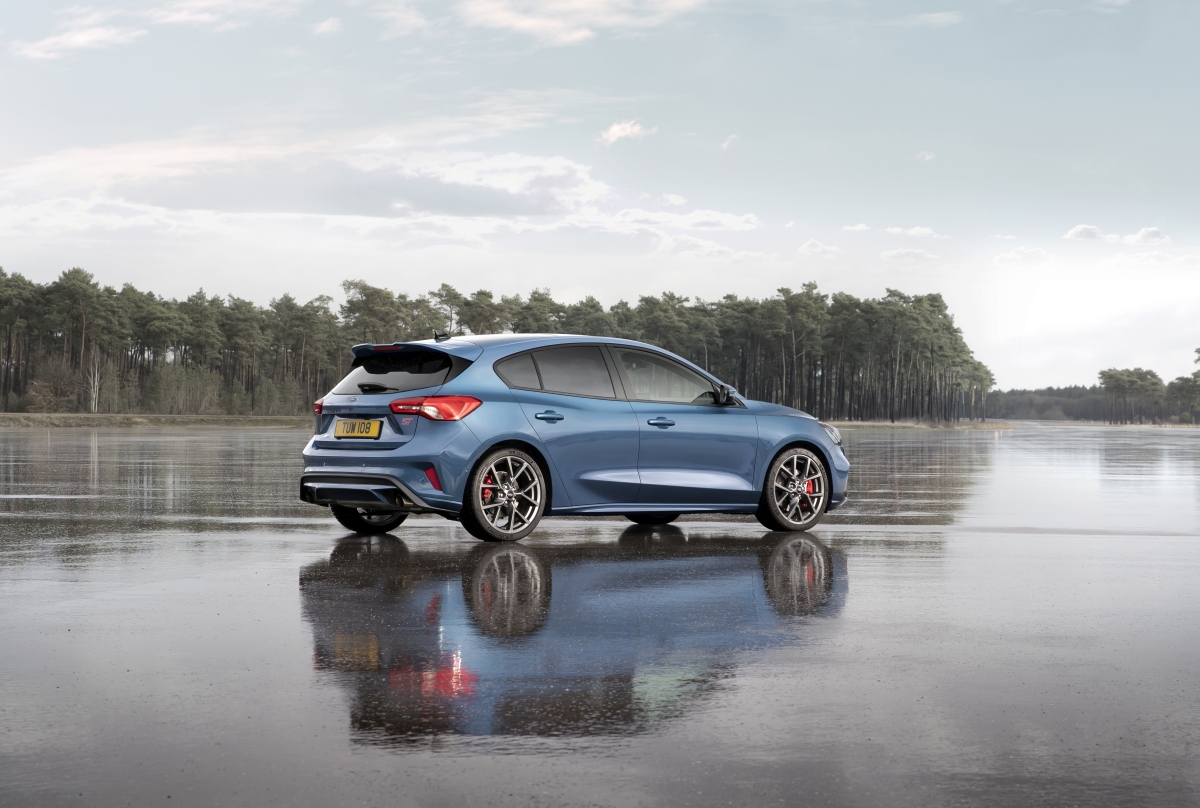 Advertised fuel consumption is between 46 to 49 mpg for the petrol engine and around 64 mpg combined for the diesel. CO2 emissions will vary depending on engine and transmission choice but they should come in somewhere between the €200 and €280 tax brackets regardless. 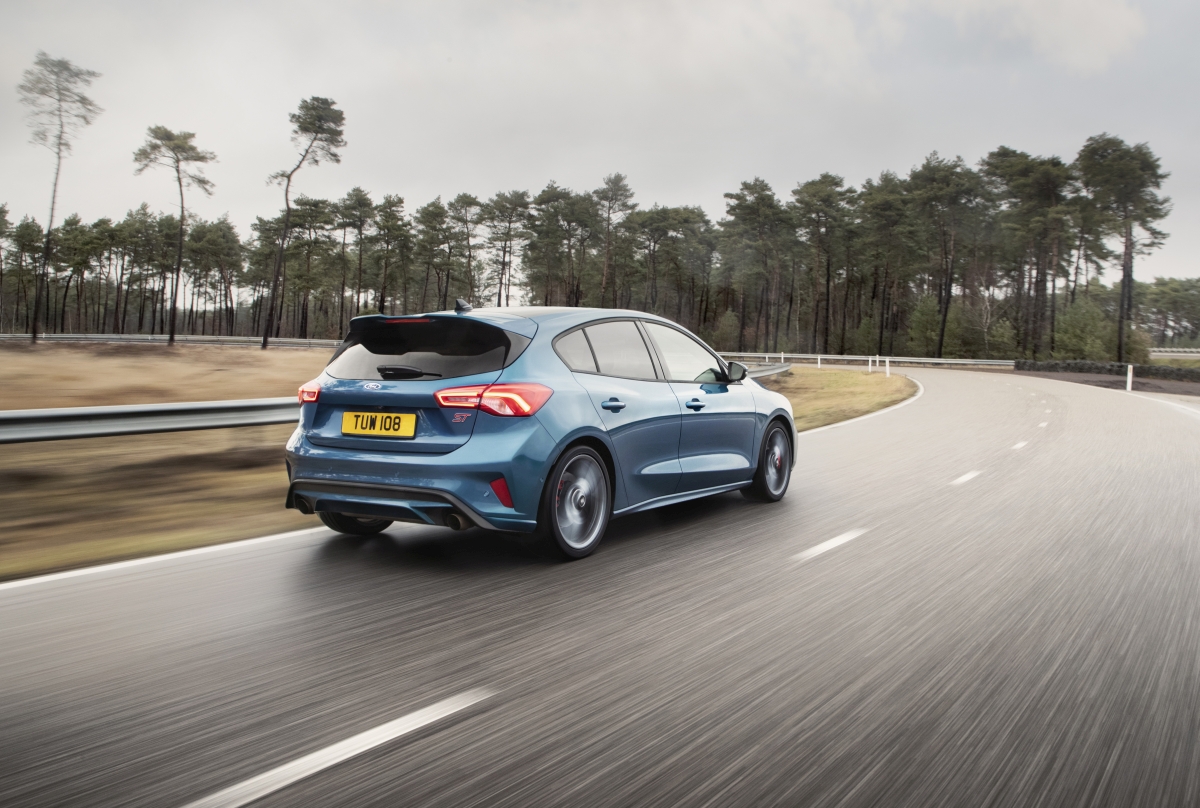 The optional adaptive suspension system does what it says on the tin. It can adapt within 2ms to deviations in the road surface. Basically that means that if you come across a pothole, the suspension will have adapted before you come out the other side of it, avoiding the thud of your head against the car ceiling almost entirely.

If you’re driving on slightly smoother roads you’ll have no complaints from the ST-Line, it grips the road well, there’s a decent amount of oomph. 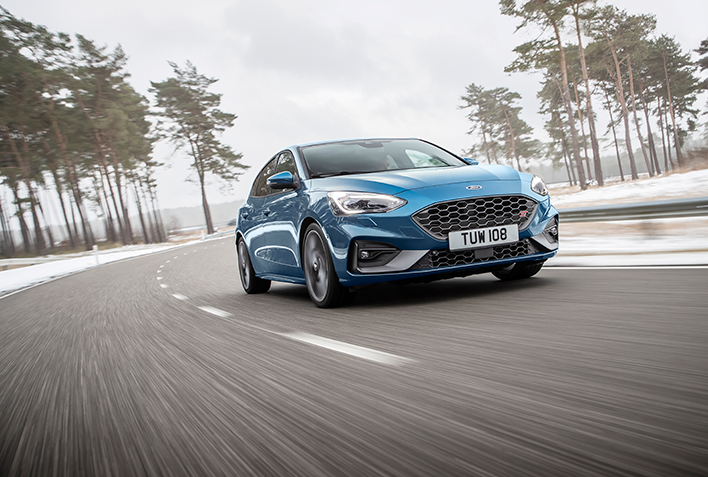 The onboard assistance systems are quite impressive. Some of the features of the new ST-Line Focus are lane keeping assistance and lane leaving warnings, braking assistance, and even collision avoidance which in theory can steer you out of harm’s way if the cameras detect anything in your path that the computer thinks you can’t avoid even with breaking. We couldn’t convince anyone to stand in our way to test it out, so we’re trusting the good people at Euro NCAP on this one. The system avoided crashes with pedestrians and cyclists in their tests, and they gave the most recent generation of the Focus a 5 star safety rating overall. 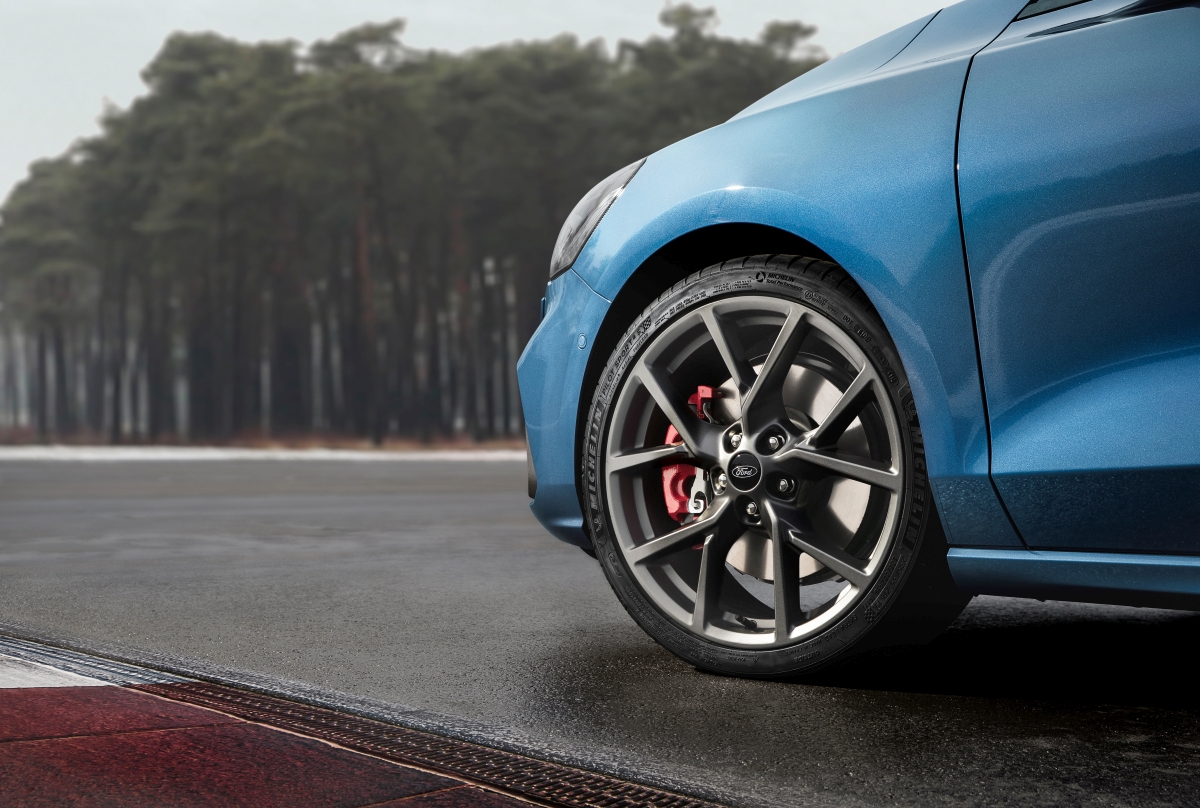 The All-New Ford Focus was released to the Irish market this year and is already the 5th biggest selling car in the country. We predict it will continue to be one of the more popular cars for years to come, though the lack of engine choices for the ST-Line may mean buyers will opt for the Titanium or Vignale models instead. The St-Line feels sportier than the others but doesn't really offer all that much of a performance boost. When it comes down to the nitty gritty, if you're looking for a family car opt for the higher specced models. If you're looking for a sporty car maybe look to the hot-hatches instead.