SEAT follow the not-so-well trodden path of Fiat and Citroen by launching what was previously a suffix on their models as a brand in its own right. Abarth flew the Fiat nest and DS has become independent of Citroen, but neither has made huge headways into the Irish market. Cupra, the new brand stretching out from under SEAT’s protection looks like it might.

Over time we are expecting the Cupra brand to not only release super-spec versions of SEAT models but bespoke Cupra cars in its own right, but for now, the first model they’ve released is the Ateca, a model name that can still be found under the SEAT mother brand.

As they’ve put it, Cupra was “created to develop models in conjunction with SEAT” but “with the firm commitment to grow independently”.

Cupra are marketing themselves as being for car enthusiasts, for car lovers. With their debut car, Cupra think they’ve found a niche in the market, one that should suit Irish drivers well.

More practical than a hot-hatch, more performance than your average SUV, this Ateca promises to deliver a pleasing drive as well as enough room to ferry your little ones to and fro. And, when you factor in a price tag around €10k less than the Audi Q5 or almost €30,000 less than the Porsche Macan, you have a serious contender for front runner in its category.

We can most likely expect SEAT and Cupra to diverge slightly in the future, but for now this new brand is offering us something familiar yet different. The Cupra Ateca shares some features with the SEAT Ateca, look closely at the LED headlights and you’ll see the telltale SEAT logo for example.

Cupra have taken what was one of the more attractive SUV frames out there and decided not to fix what wasn’t broken. Gone of course, are the SEAT badges. They’ve been replaced with Cupra’s bronze tribal tattoo design, The lower front grille has Cupra spelt out in capitals, and from the rear you can count 4 exhausts (they’re actually real exhausts rather than purely aesthetic additions for a change). 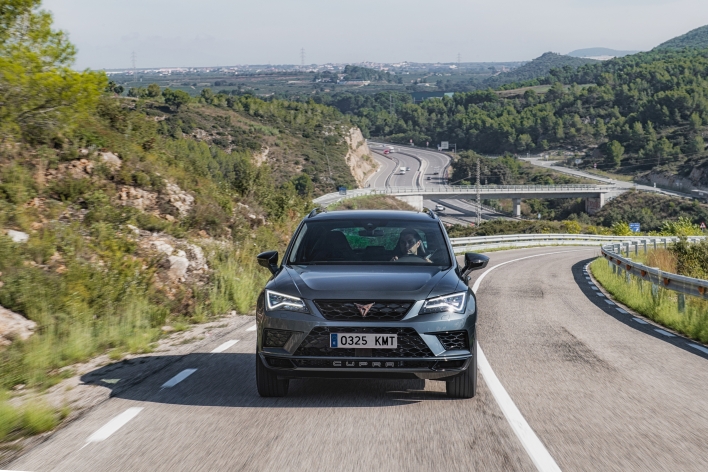 A lot of the interior is borrowed from SEAT’s Ateca, this is no bad thing as SEAT’s SUVs are some of best in their category. The cockpit is well thought out, everything you’d need is within a handy distance, and there are some nice newer features such as wireless charging port for your smartphone and integration with the infotainment system through Android and Apple’s car connectivity systems. These Atecas come equipped with the attractive virtual cockpit that was originally debuted in higher-end Audi models, this works well and is a useful feature. The ten-inch display is able to display route maps in your line of sight and the speedo and rev counter are easily visible, you can also customize the peripheral information to your liking.

The sport seats are comfortable and, it being an SUV, there is plenty of room for drivers and passengers alike. In the rear, there are dual USB ports to plug your children / their devices into. 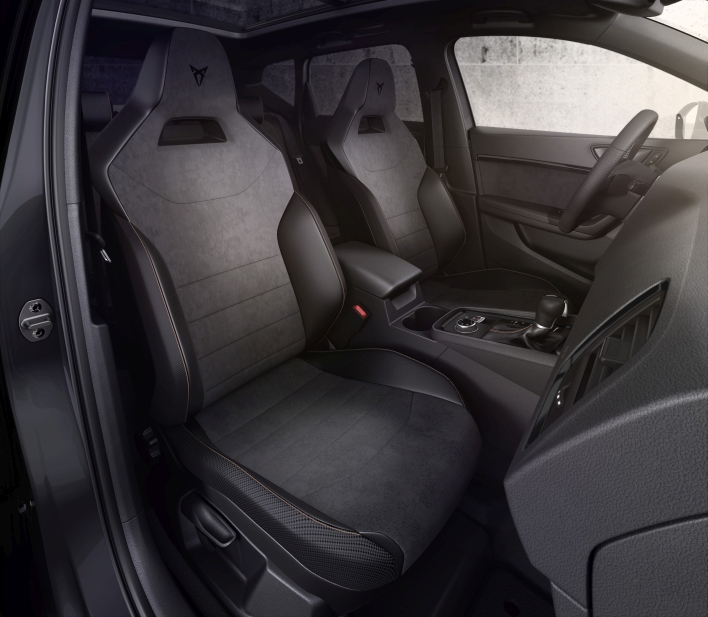 This Ateca comes equipped with a 4 Cylinder, 2 litre engine that we’ve seen in quite a few models across the VW group, and as in the other cars it powers, the engine does a fine job of delivering a good hit of performance here. The technical specifications give us 300 PS (close enough to 295 BHP), a top speed of 247 km/h (153 mph) and it will reach 100 km/h in 5.2 seconds off the mark. 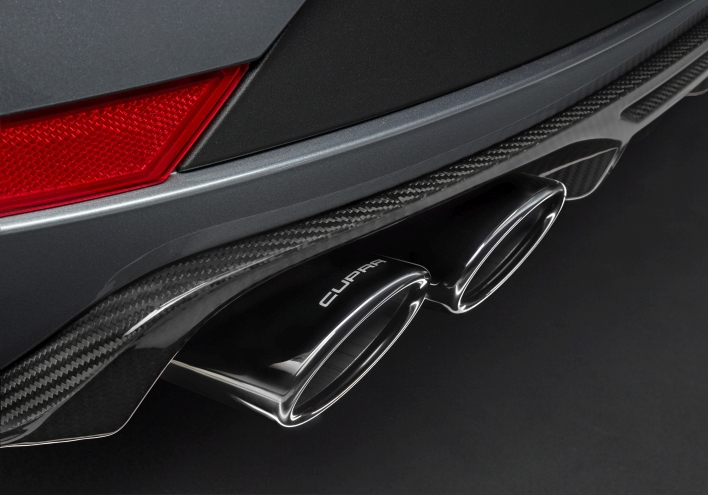 With CO2 emissions of 168 g/km (by the old NEDC metric, WLTP tests have this figure up at the 200 g/km mark) you’ll most likely be looking at the €570 motor tax bracket. Filling the tank at today’s average price will set you back in the region of €74.

Cupra advertise that the Ateca will consume roughly 7 and a half litres of fuel for every 100km it drives, that equates to about 38 MPG. Of course, if you’re like me you’ll have been playing with the sport settings and won’t be getting anywhere near those figures. 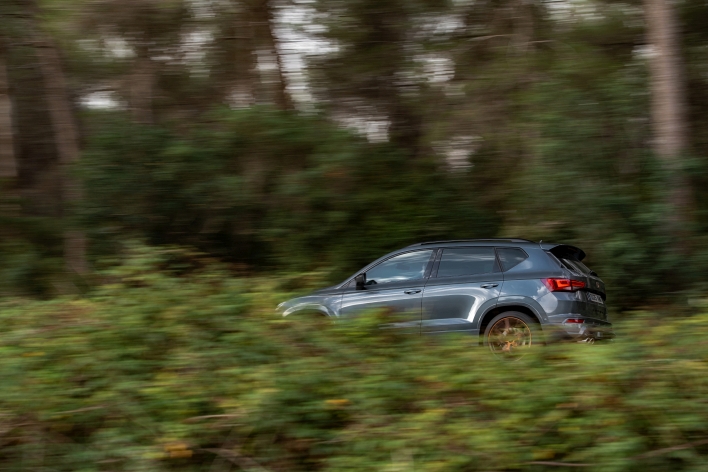 As you would expect from a performance vehicle, the Cupra Ateca comes with a number of selectable modes. In “Comfort” it handles much like a standard SEAT Ateca, pretty easy-going and won’t cause you any upsets on the way to get the messages. A quick turn of the selection knob will bring you to “Cupra” mode though, and this is where the differences between the two models really come to the fore. “Cupra” mode is one up from “Sport”. Everything is tighter, firmer. It’s still an SUV so won’t glide around corners like an Italian sports car, but neither will it lumber like an articulated lorry. 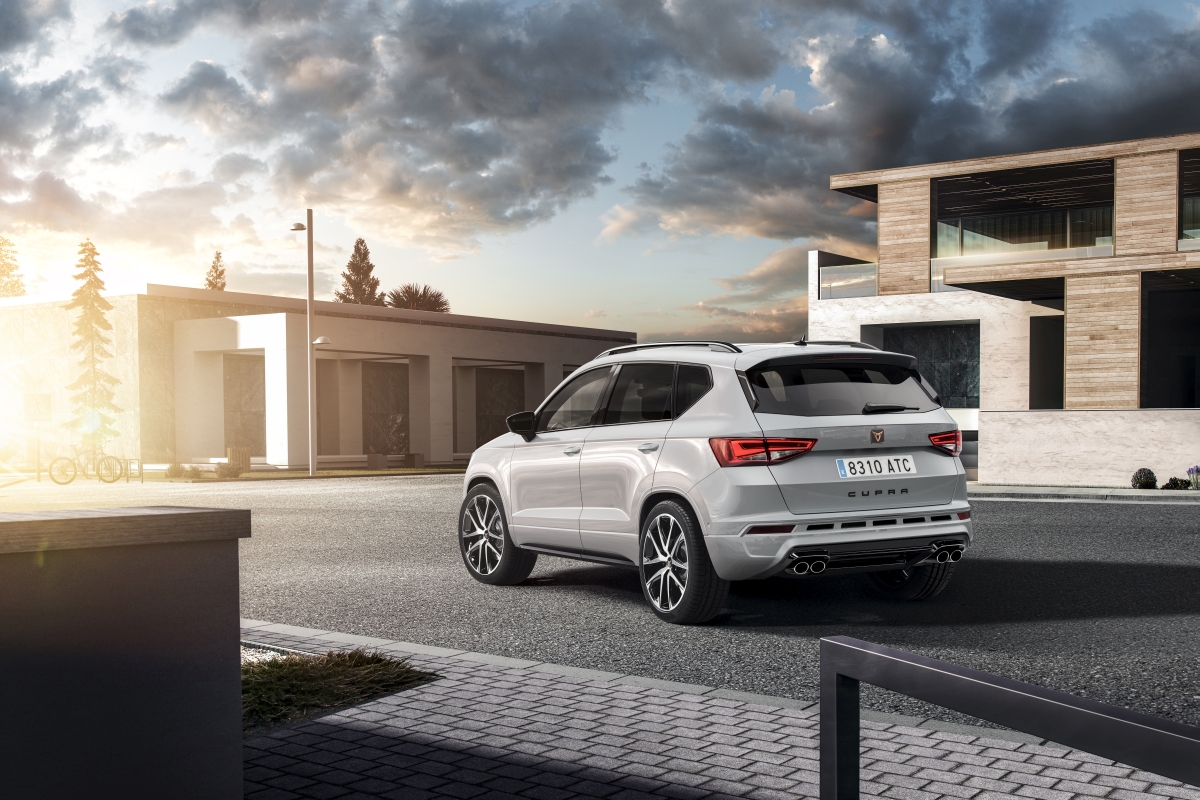 Euro NCAP rated the SEAT Ateca with 5 stars in its tests of safety, and the Cupra version has built on its predecessor and made improvements. All models available across Europe come with a 360 degree top down camera and parking assists. 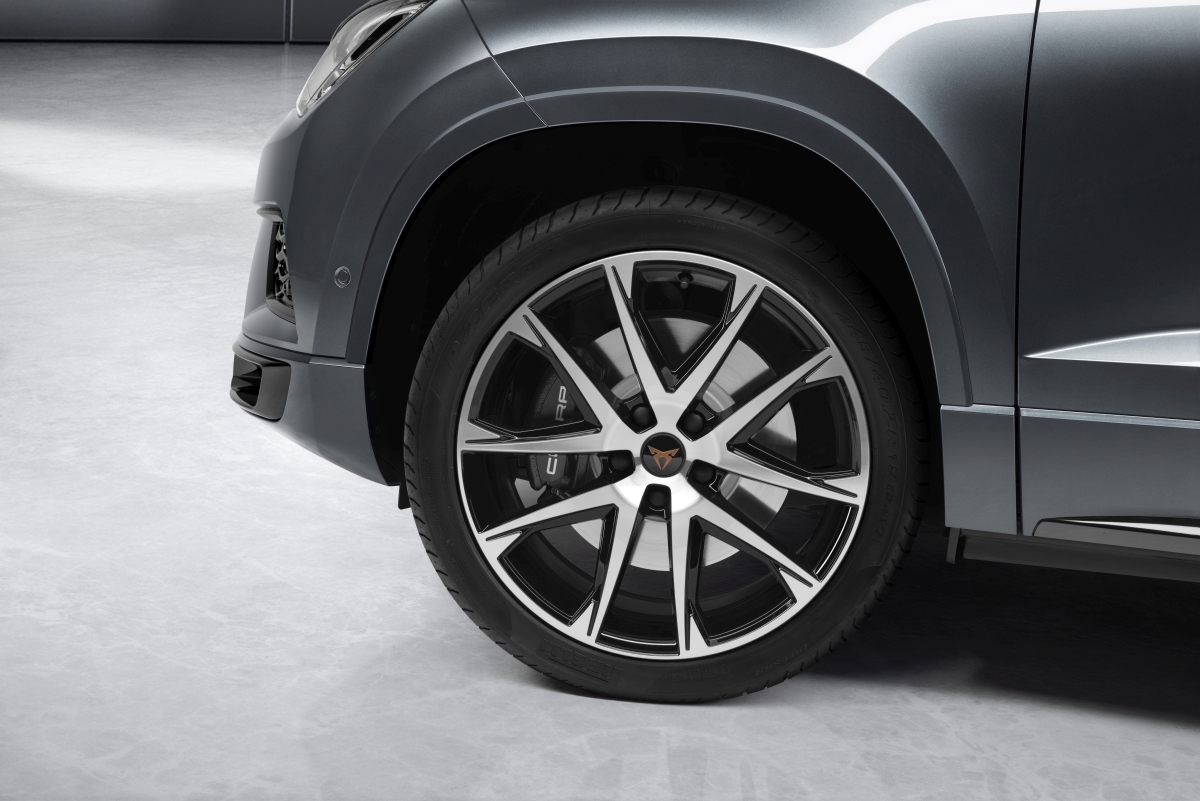 You like driving, you'd like to have fun doing it, but a hot-hatch just isn't practical for you (or more specifically, your family). The first car from this nascent brand is a good mix of performance and fun and yet offers the practicality of an SUV. The school run doesn't need to be dull anymore.