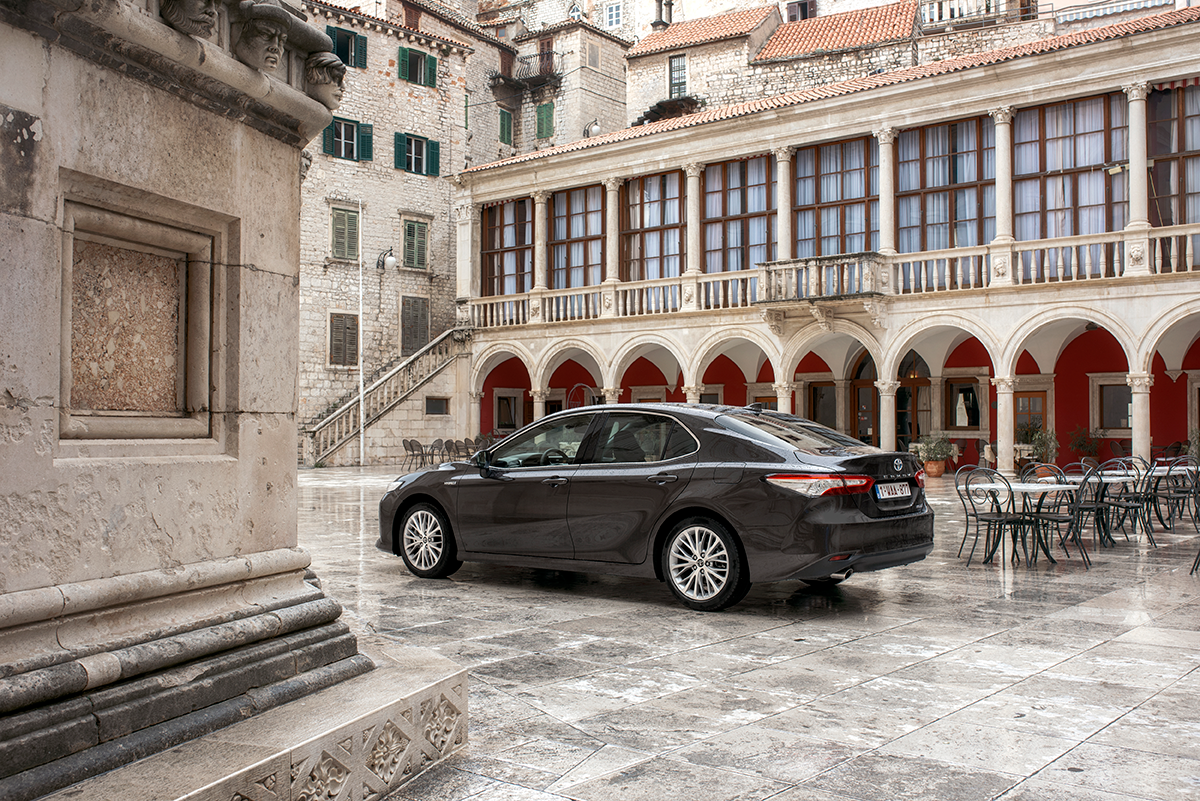 The Camry is and has long been one of Toyota’s best selling cars globally, but they stopped selling it in the European market back in 2004. At the time, the purely petrol powered Camry was losing ground in a marketplace dominated by its diesel fuelled competition. The Irish car landscape has changed quite a bit since then and now, Toyota are bringing back this once loved classic, albeit in an entirely new shape and form.

The Camry is and has long been one of Toyota’s best-selling cars globally, over 19 million of them have sold worldwide. But they stopped selling it in the European market back in 2004. The purely petrol-powered Camry was losing ground in a marketplace dominated by its diesel fuelled competition. The Irish car landscape has changed quite a bit since then and Toyota are bringing back this once loved classic, albeit in an entirely new shape and form.
Pros
Cons

It’s not uncommon for car manufacturers to share features across their families. It’s not uncommon for manufacturing groups to share features across makes. The VW group, for example, will often try out features in one of its brands before rolling them out to all. So it shouldn’t be too surprising that Toyota and Lexus would have some features in common. The all-new Camry has more than a little passing resemblance to the all-new Lexus ES. In fact, the chassis and engine are exactly the same in both this hybrid and the ES300h . The Camry has a wider and shorter front grille, but otherwise, you’d be forgiven for mixing the two cars up.

Toyota haven’t really made the kind of car you’re going to be dreaming about driving. It’s not going to make you, Christmas-morning-like, jump out of bed and run to the garage to start. But, when you’ve rolled out of bed on a grim, drizzly Monday, you will be happy it’s a Camry you’re commuting to work in. This is a proper large saloon. The interior is roomy, its comfortable. And, though it definitely feels luxurious, there’s no air of pretension about it. Everything is solid and high-end without being flashy. The seats are comfortable. The drive is smooth. This is an executive car that an executive might actually want to be seen driving. No Youtube influencer or English premiership footballer will be pulling up in one of these. 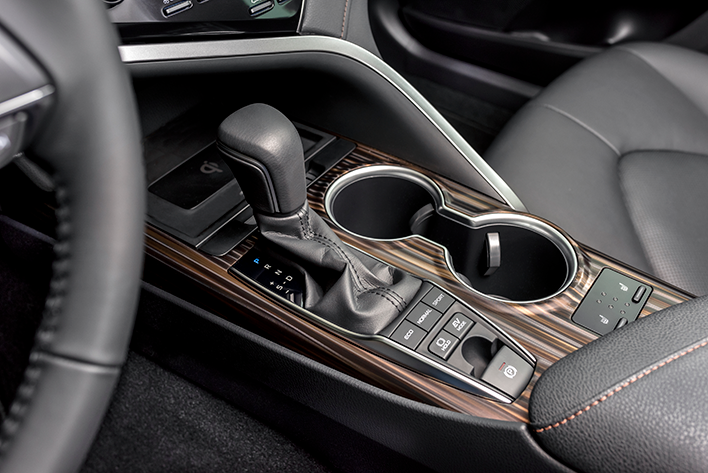 The engine is exactly the same as that in the new hybrid Lexus ES, so you’ll be able to expect pretty equivalent levels of performance from them both. The system gives a total of 215 bhp from a 2.5 litre petrol engine coupled with the self-charging electric motor. Notably, the Camry is about 50 kg lighter than the Lexus and will get up to 100km/h around 0.6 seconds faster. 8.3 seconds in all. Top speed is set at 180km/h (112mph). 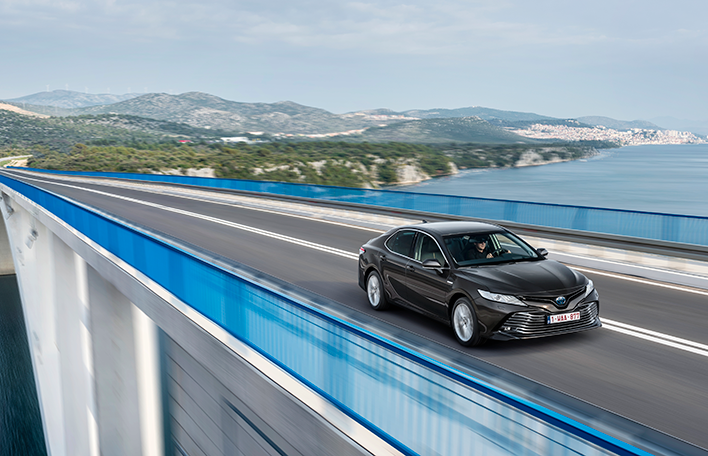 We generally tend to take published fuel consumption figures with a grain or two of salt. But, most of the tests run on the new Camry have come back remarkably close to what the WLTP figures have said. UCD carried out a study of the new Prius recently and found that the figures published by Toyota were actually pretty accurate. Your own driving style and the conditions you’re driving in will obviously have an impact, but it looks like you should be able to expect around about the 60 mpg mark. The published figures are about 58 mpg for urban driving and around 67 mpg for extra-urban. 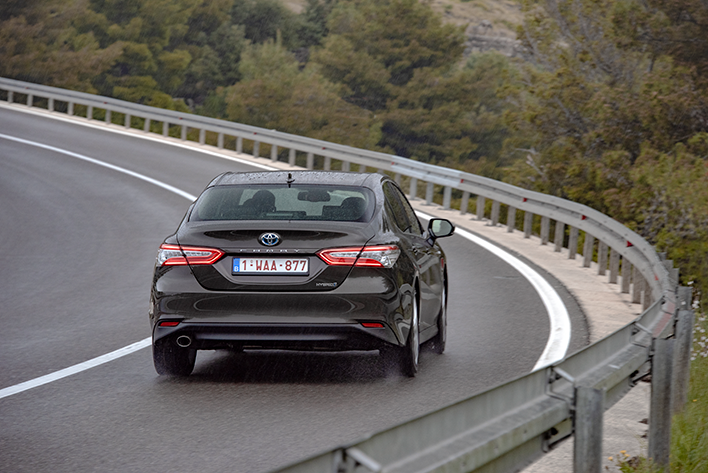 The Camry is returning to Europe after a fifteen year sabbatical, so understandably, we don’t have any Euro NCAP test results yet. Toyota have a good record with safety tests though. Especially when it comes to their larger cars. Take a quick glance through the brochure and you can’t help but notice the sheer amount of included safety features and driver assistance options.  Some of the features coming as standard are a Pre-Collision System, Adaptive Cruise Control, Lane Departure Alert, Automatic High Beams and Road Sign Assist technology.

Toyota have also done a lot of work under the surface to improve the safety of passengers and other road users. The bodyshell is impact absorbing reducing some of the force of frontal and side collision impacts. The bonnet has a “floating-island” inner structure which will contribute to lessen the force of impact on pedestrians.

The Camry's return to Irish roads will be welcomed by many. It may essentially be the same car as the new Lexus ES, but considering we gave that car a 5 star review, that may not be a bad thing.