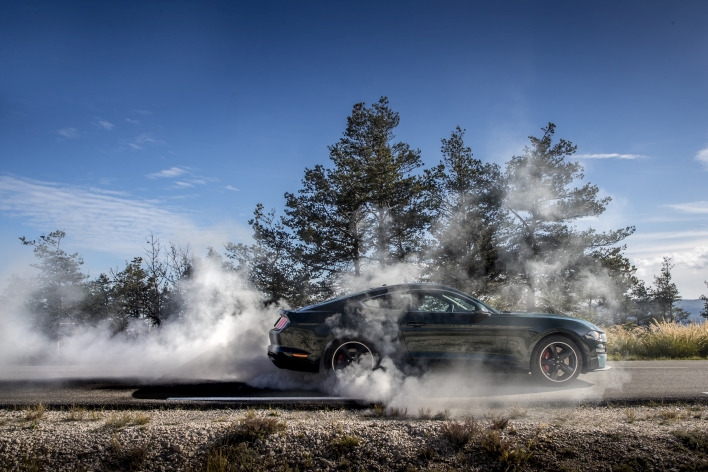 The new Mustang GT is a powerful car, it’s a fast car, and by almost everyone’s reckoning: a great car. The Bullitt edition has taken what made the new mustang great and made it greater. Based on the stylings of the iconic 1968 model Mustang, and celebrating 50 years since then, Ford announced the Mustang Bullitt special edition last year, they started production for the European market in June and it arrived in Ireland just in time for the 191 registration period.
Pros
Cons

Ford are offering the Bullitt in two colour options, Highland Green and Shadow Black. Most are predicting that the green will by far be the more popular choice what with it being modelled on the green of the car from the iconic film chase with Steve McQueen.

The designers have made some subtle changes from the rest of the new Mustang range on the exterior styling, stretching the front grille and accentuating the lines of the car. It still has the good looks of the rest of the range but with even more of an aggressive feel to it. Most of the exterior badges have gone, leaving one large Bullitt logo on the rear, reminiscent of the petrol cap of the ’68 model. 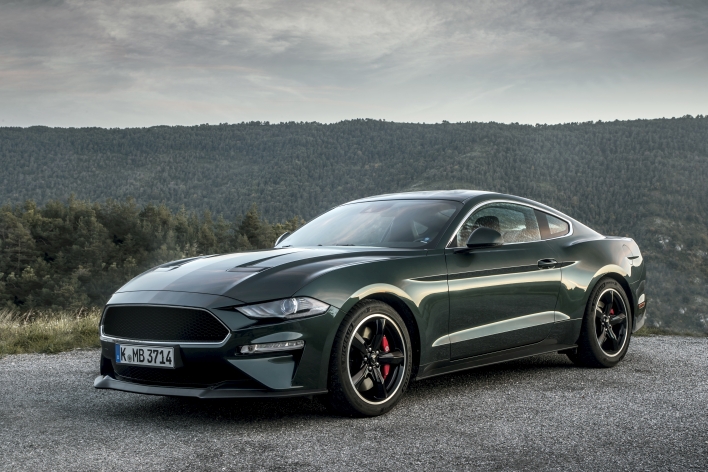 Ford have decked out the interior of the Bullitt with the best from the rest of the Mustang range and made some nice design choices. It feels luxurious and modern but has definite nods to the car that was its inspiration. The gear stick is topped with a white cue-ball just like Steve McQueen’s ’68 model, the heated steering wheel is leather wrapped and comes adorned with a Bullitt themed logo on the airbag cover.

This model comes equipped with most of the features that the previously top of the line GTs are fitted with. Looking through the steering wheel you’ll see the digital LCD instrument cluster that lets you customise what you see, even letting you play with the colour of the gauges. This one displays a Bullitt logo on startup rather than the usual pony motif. To your left you’ll find the 8 inch touchscreen that integrates with your Apple or Android device to become a combined media centre and navigation system. 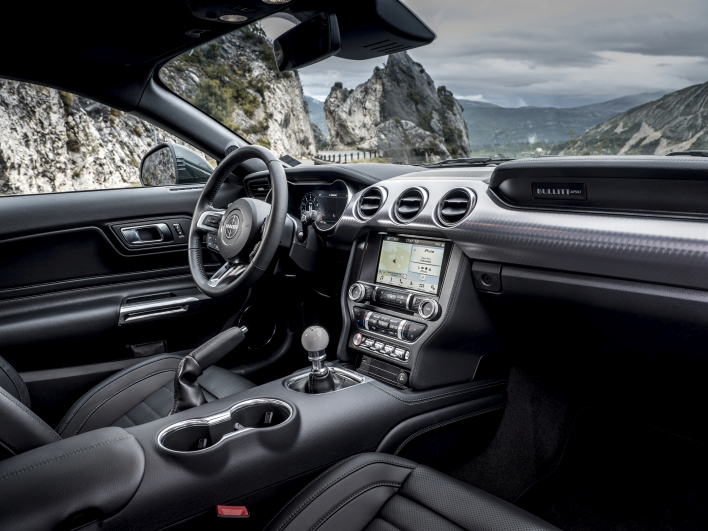 The specs on this car are pretty impressive, with a 0-100km/h time of just 4.6 seconds and a top speed of 263km/h you get a fair bit of bang for your buck with the 5.0 litre v8 engine inside this Mustang. The Bullitt generates over 450 bhp and has an impressive torque output of 529 Nm, this means that whether you’re launching from a standstill or revving over the 4500rpm mark you’ll be able to feel the power of this pony.

One special thing that has to be mentioned is the sound that this car makes. The V8 engine growls majestically on revving and for the car enthusiast it is simply a thing to behold. Some of us do have neighbours though and Ford thoughtfully started fitting their new Mustangs with a “good neighbour” feature that lets you quieten the noise at certain times of day or in certain conditions. 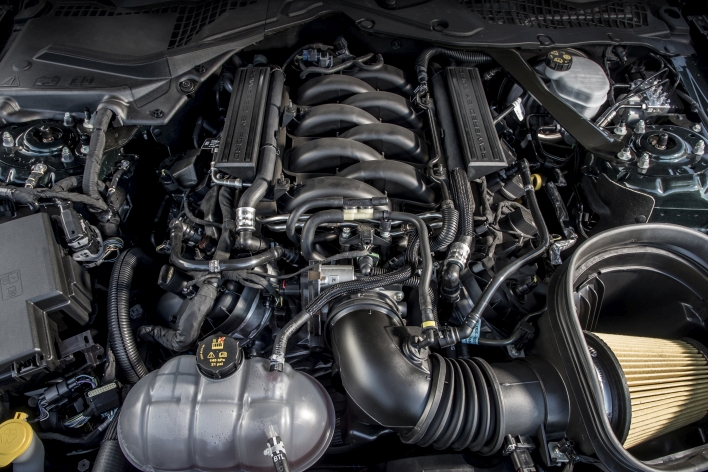 The Mustang has long been considered a reliable car in the US, and with the Bullitt being the flagship for the new range it’s unlikely that Ford have put less effort into the build quality of these cars. Couple that with the fact that most Bullitt owners will be reluctant to use their cars for everyday purposes and I can’t see any reliability issues arising. 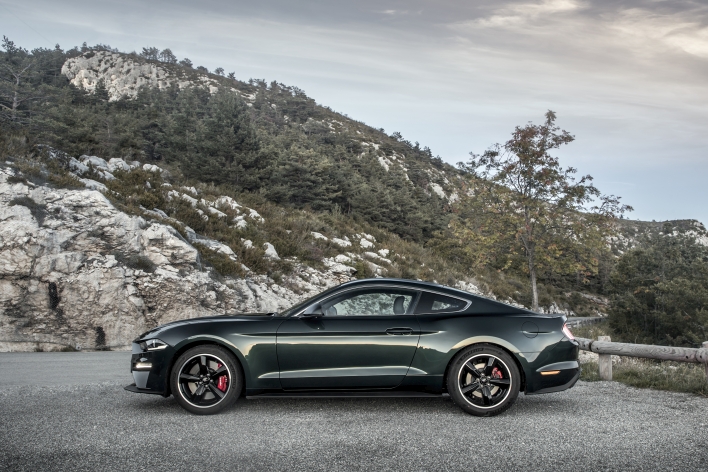 It shouldn’t shock you to hear that running this special edition Mustang is not going to be cheap. By its CO2 emissions the Bullitt puts itself into the highest tax bracket, thus setting you back €2350 and it isn’t hugely economical, getting a combined 18 mpg. But if you’re only finding out now that this isn’t an everyday car… 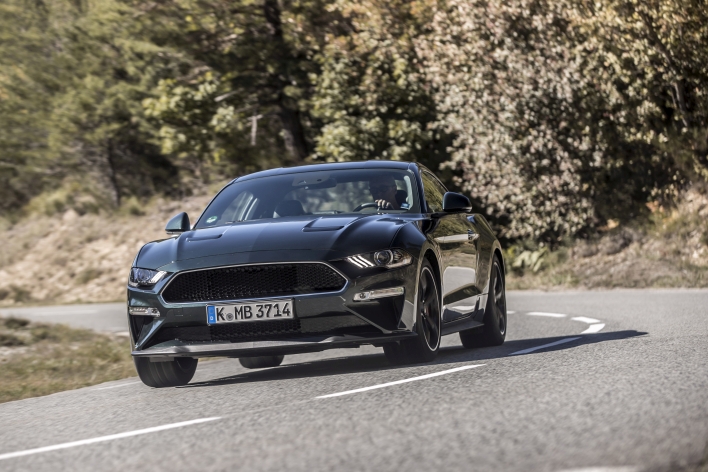 We Europeans have belittled American muscle cars in the past for their poor performance when it comes to windy roads, they were designed for America’s straight highways, not the curvy back country lanes of Monaghan or the death defying bends of the ring of Kerry, but the systems that come with the Bullitt may well have to change our opinions. The ride can be shifted from full comfort mode to a tighter, racier experience, in which the Bullitt will corner like any Italian sports car.  The optional MagneRide adaptive damping really makes a difference here.

Braking is handled by an anti-locking, electronic stability controlled, and traction controlled system and it is as responsive as you could ask for. 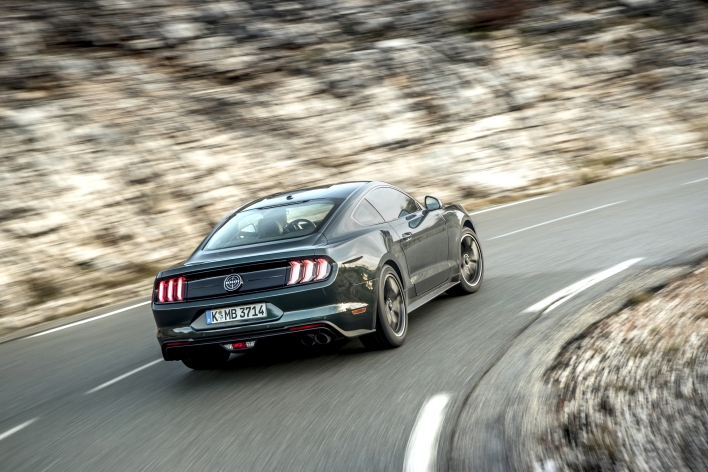 EuroNCAP haven’t rated the Bullitt yet but the 2018 Mustang that the Bullitt is based on received good ratings from the equivalent American bodies, the Insurance Institute for Highway Safety and the National Highway Traffic Safety Administration.

Included with the Bullitt are a host of driver assists and safety features that will make for a very safe experience. Adaptive cruise control with collision mitigation and a lane departure warning system are some of the features that Ford are rolling out across their range of Mustangs. 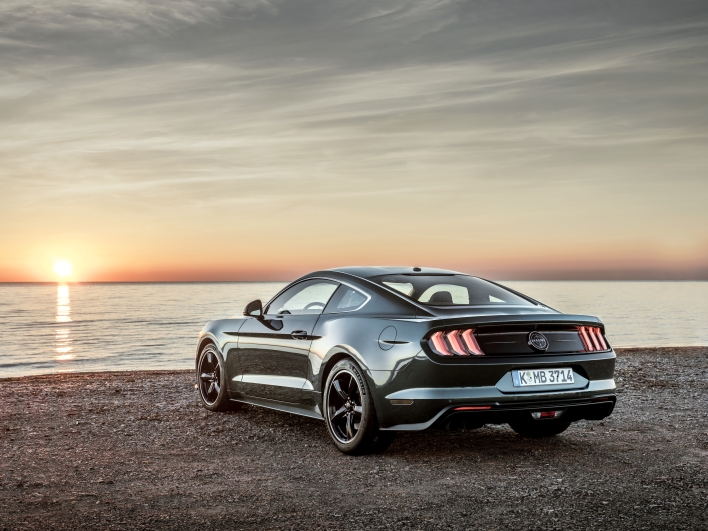 Many asked if you could possibly make the new Mustang GT any better and if the difference in price between the high end models and this special edition was worth it. The answers to those questions are yes and yes.