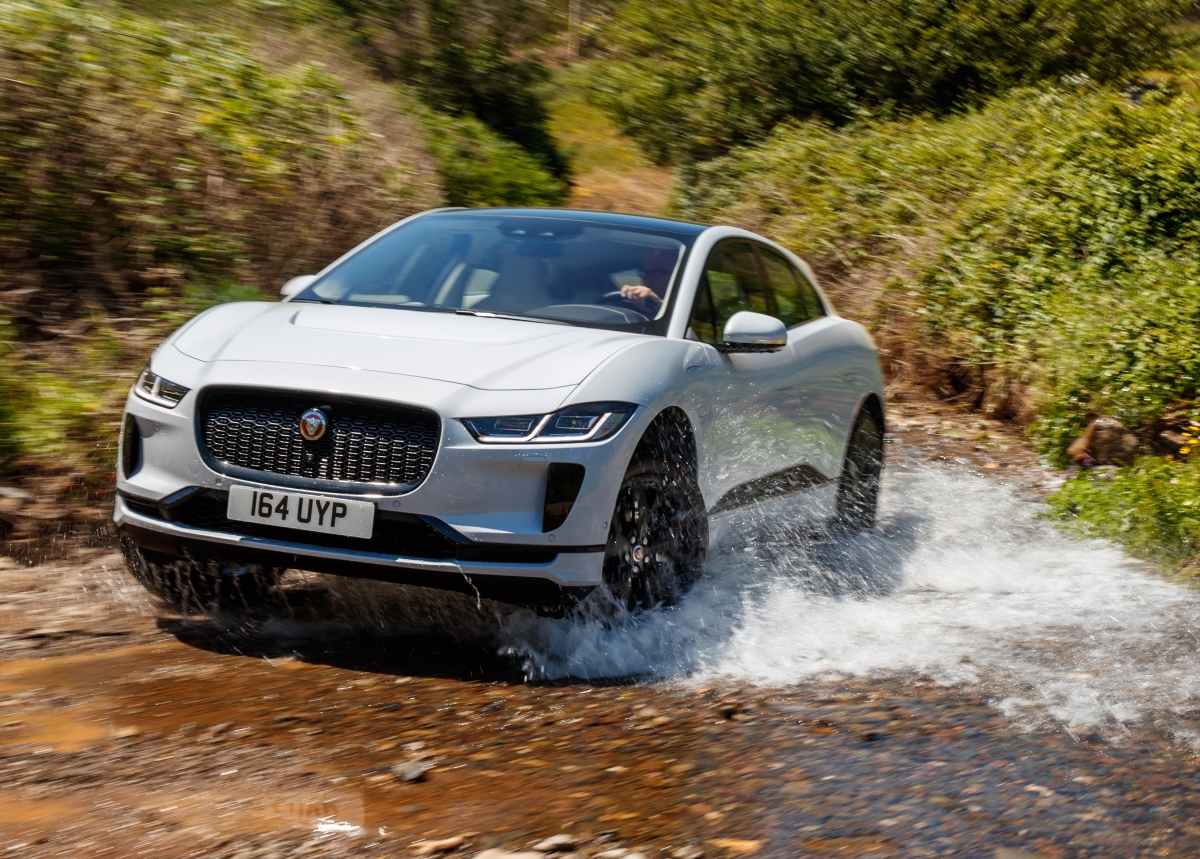 There has been an almost 70% increase in hybrid or fully electric new Irish car registrations this year over 2018, a trend that almost everyone is expecting to continue year on year. Manufacturers who have traditionally been reluctant to engage with this sector of the market have been called to action by the success of their competitors. At this year’s Geneva International Motor Show we saw the unveiling of a first for Alfa Romeo, a concept car that they are calling the Tonale, a fully electric sporty number. Also at Geneva we saw the announcement of the winner of the European Car of the Year 2019; the Jaguar I-Pace.
Pros
Cons

The designers had fun with the I-PACE. It has a futuristic feel without being over-the-top. Its relatively subtle, sharper edges give a clean, almost clinical feel to the exterior. But the overall look is one of power, rippling just under the surface perhaps, but there. 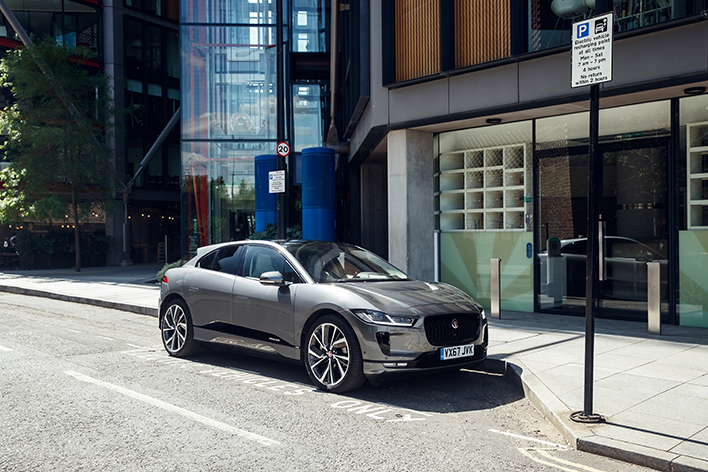 The I-PACE will receive a lot of column inches tacking about its range, its performance it running costs etc, all pertaining to the fact that its an electric vehicle. We should remember though, that first and foremost, the I-PACE is a Jaguar. That, of course, means that it is very good. Not very good for an electric vehicle, it’s very good for any sort of car. The interior feels like a Jag, high quality materials, great build quality. It all feels sturdy, comfortingly so.

As you’d expect of a car with this sort of price-tag, the I-PACE comes with a host of mod-cons, like the digital dashboard and Jaguar’s standard infotainment system which hooks up to your mobile devices and can be controlled relatively easily. One useful feature of this set-up is unique to the I-PACE amongst Jaguars, it displays the remaining charge in the battery pack and can link in with the navigation system to direct you to the nearest charge point if you’re running low.

There is plenty of space inside, the front seats are comfortable and there is a good amount of head and legroom in the rear. The designers seem to have put storage space anywhere they could, with little cubby holes and niches dotted about the interior for good measure. The I-PACE’s battery pack is under the floor of the car so it’s worth pointing out that boot space is no problem. In fact, the I-PACE essentially has two boots, one fore and one aft. The storage space under the bonnet isn’t huge, but considering this area would normally be taken up by an engine it’s a noteworthy bonus. 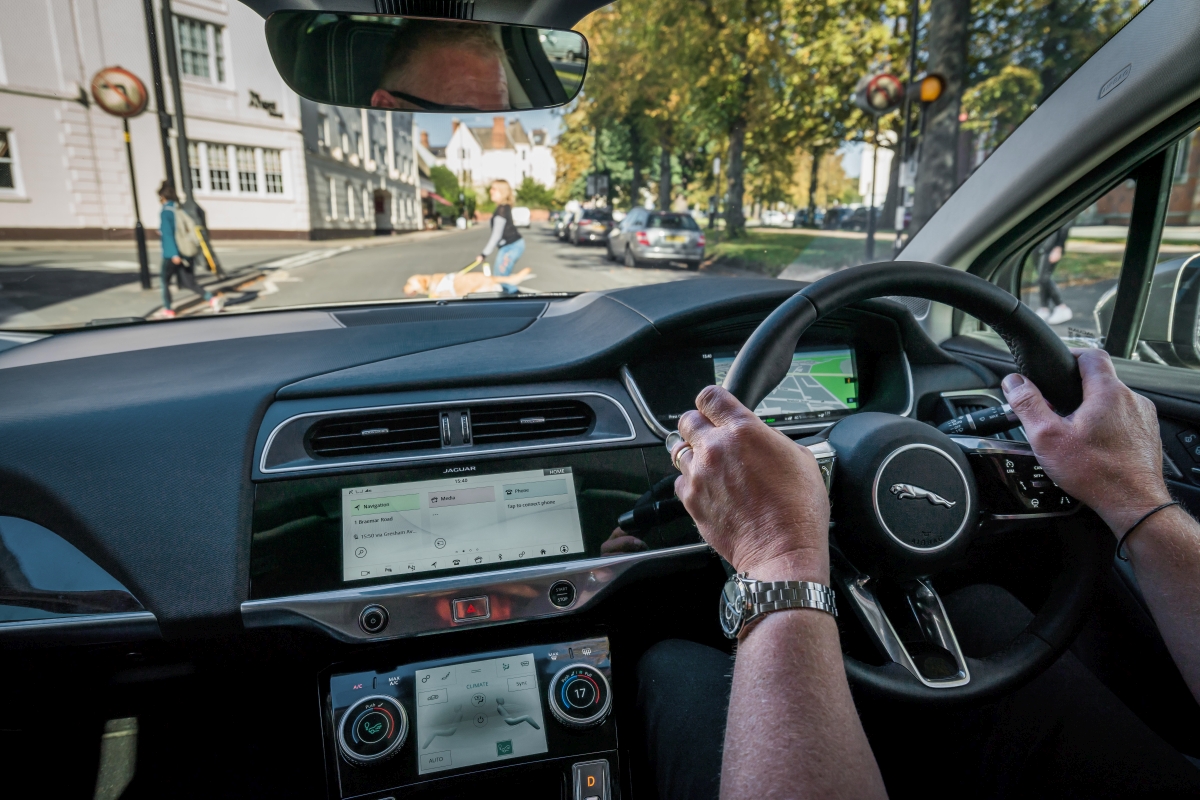 The I-PACE has pretty impressive specs. Well it should really, it is a Jaguar underneath its green electric credentials. 0-100km/h will only take 4.8 seconds and once it reaches that speed it will carry on pushing to double that (200km/h or 124mph). Each of its two motors generates almost 200 bhp, so the car has a combined 394 BHP. Because that power is delivered by electric motors you can feel it instantly. In fact putting your foot down will actually give you a noticeable shove back in the driver’s seat. It feels more akin to taking off than you’d normally find in a family friendly SUV.

Even though rapid car charge points are becoming more and more common across the land, and EV manufacturers are putting a lot of work into increasing the range of their battery packs.

There are still some fears to be set aside in the minds of potential converts to the electric vehicle revolution. At the end of the day, no-one wants to be stranded in the middle of nowhere with no charge left in the battery.

Jaguar advertise that the I-PACE’s 90kWh battery will be good for 480 km (298 miles), though in real world driving conditions this will be lower. You could still be able to expect about 250 miles or about 400km on a single charge. This means that as the crow flies you could travel the entire length of the island without having to plug in. Of course, cars can’t really travel as the crow flies, so heading from Cork to Belfast you’d probably want to stop off somewhere around Lisburn for a quick top-up.

Towards the end of last year, Jaguar ran a promotional event to prove the real-world practicality of their new design. They drove the I-PACE from London to Brussels on a single charge. They were given permission to drive through the service tunnel that runs along with the Eurostar through the Channel Tunnel. One of the engineers behind the design drove the car, (who better to get the most out of it), and it arrived in the centre of Brussels with 8% charge left in the battery. That’s 229 miles or 369 km.

The running costs of the I-PACE will obviously be quite different from your average combustion engined vehicle. ESB’s calculator reckons a 200km average weekly travel distance would set you back around €2.50 in an electrically powered vehicle compared to around €22 if you were driving a petrol engine car. Road tax is also significantly less with an EV, they fall into the lowest private vehicle tax bracket with an annual charge of €120. 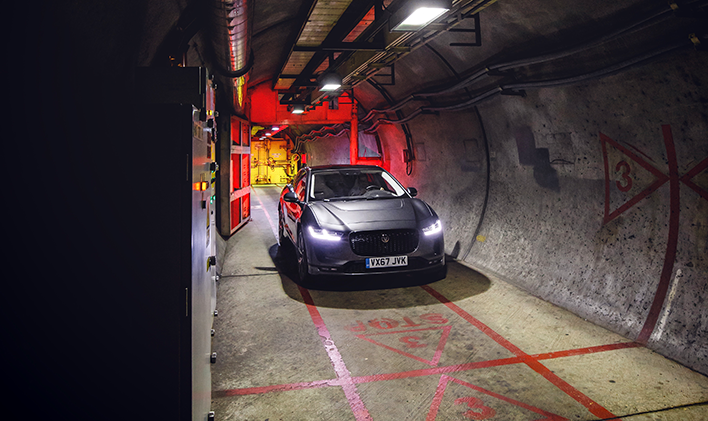 Euro NCAP awarded the I-PACE its highest rating of 5 stars when they performed tests on it last year. It scored 0ver 90% in their tests for adult occupants’ safety.  In those same tests the I-PACE’s driver assist features underwent scrutiny. They performed adequately or well in all the tests. As standard, these cars come with lane keeping assistance which helps to keep the driver from drifting out of lane and can even take over in emergency situations. 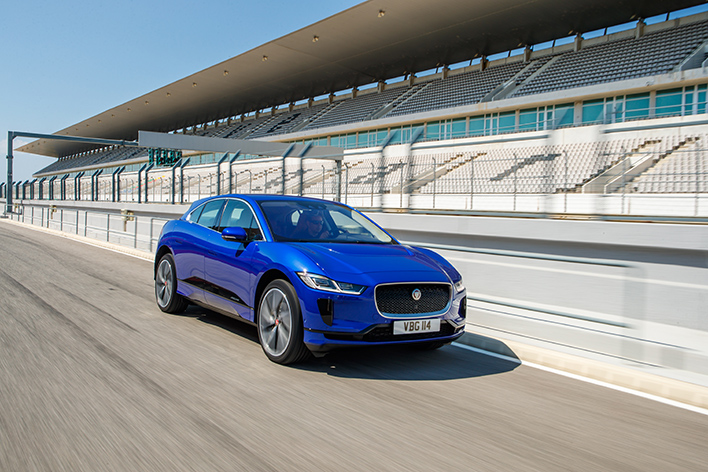 Jaguar have impressed us with their first foray into the world of electric vehicles. The I-PACE is going to be compared to the Tesla model-x, understandably so. We think the majority of those comparisons will end favourably for Jaguar.