SEAT, a brand well known for their small family hatchbacks, began testing the SUV waters with the Arona and the Ateca. They obviously found the results to their liking as this year they launched their biggest SUV yet, the all-new Tarraco. Built on the solid foundations of the VW Group’s other SUVs like the Skoda Kodiaq you can expect a reliable and stable drive from the Tarraco. The question though is is it enough to convince buyers that a SEAT SUV is called for? Even though SIMI have reported a general trend downwards in new car sales over the past few years, SEAT have continued to increase their sales across Europe. (They increased sales by 8.9% in Ireland over the first half of this year). It seems more and more drivers are choosing the Spanish car maker, so they must be doing something right.
Pros
Cons

First things first. The Tarraco is quite a good looking large SUV. But, it’s also quite a familiar looking large SUV. This is understandable as it shares a very large percentage of its DNA with siblings from the VW Group. The Tarraco is manufactured in Germany alongside the Skoda Kodiaq and the VW Tiguan Allspace. If you’ve seen either of those cars, you’ll recognise a lot of shared features. The old adage goes “if it isn’t broken, don’t fix it” and there’s nothing wrong with the styling of any of these cars, but I can’t help but feel they could have been a bit more adventurous with the choices here.

That complaint out of the way, the Tarraco has a good, solid design. It looks like an SUV, it is an SUV. With a length of over 4.7 metres and a height of almost 1.7 metres, you’re not getting a small hatchback in disguise here. The look suits the car.

Upgrading to the “Xcellence” trim line will bag you some subtle differences in styling, most notably the chrome detailing on the front grille, skirts, and roof rack, which sets off the lines of the Tarraco nicely. These are solid black on the  “SE” trim. 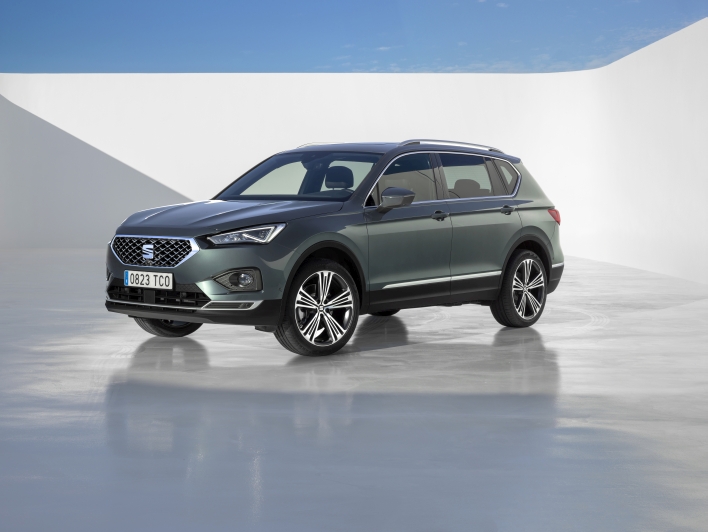 The first thing you’ll notice when sitting into the new Tarraco is the space. This is, after all, a big car, but compared to some of the competition you feel like you have room inside. Headroom and legroom for passengers is excellent. In Ireland we have a choice of a 5 or a 7 seater model, a choice our UK friends don’t have (all UK Tarracos are 7 seater).

If you opt for the 7 seater model, you’ll probably want to stick the littlest ones right at the back. You won’t be making any friends if you put full grown adults back there, but it is roomy enough for children.

All in all, the interior feels a little more luxurious than some of the competition. There are little touches that are tactile and more comfortable. The door bins, for example are lined with a soft fabric rather than a scratchy plastic, the dashboard is soft-touch, the seat fabric is good too.

As you’d probably expect from a car of this size, boot space is great. Choosing the 7 seater will obviously eat into the space somewhat, but when you’re not doing the school run you can fold the rear seats to an almost horizontal position giving you acres of space. There isn’t much of a load lip to speak of so sliding bulkier objects in isn’t an issue. The opening is wide and square so no awkward corners to navigate. 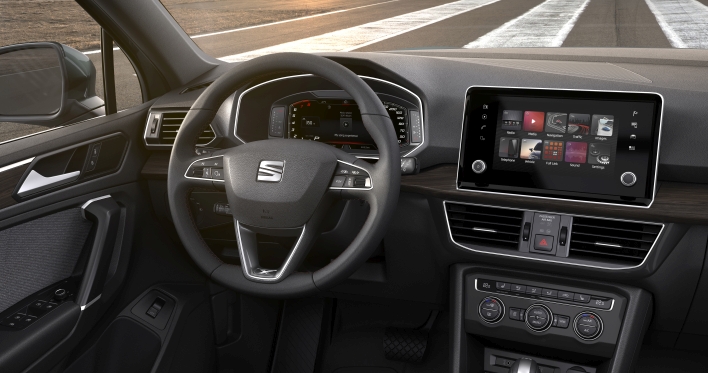 If you’re looking for out and out performance in a car, most likely you won’t be considering a large SUV. That being said, the Tarraco isn’t a slow, lumbering land giant. The 2.0 litre diesel can reach a top speed of 210 km/h and the highest spec petrol engine will push the Tarraco slightly faster (211 km/h). From a standing start you’ll reach 100 km/h in 8 seconds in both the higher end engines. 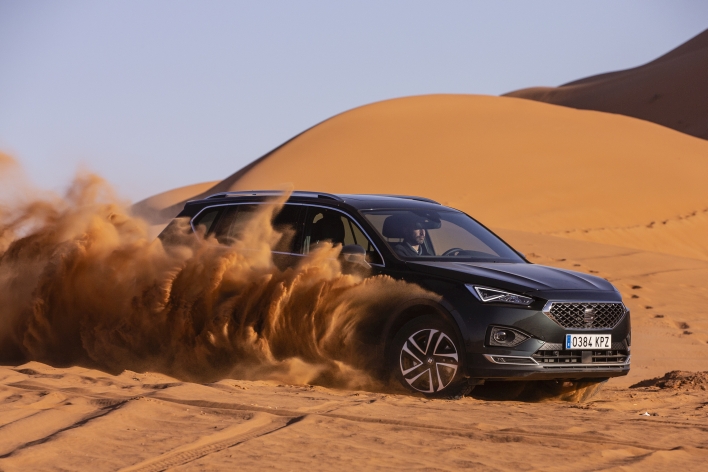 The Tarraco is built upon the same foundations as the other big SUVs from the Volkswagen Group. Their MQB programme standardises the technology and manufacturing processes across their range, so it should be fairly safe to make some assumptions about the reliability of these models. 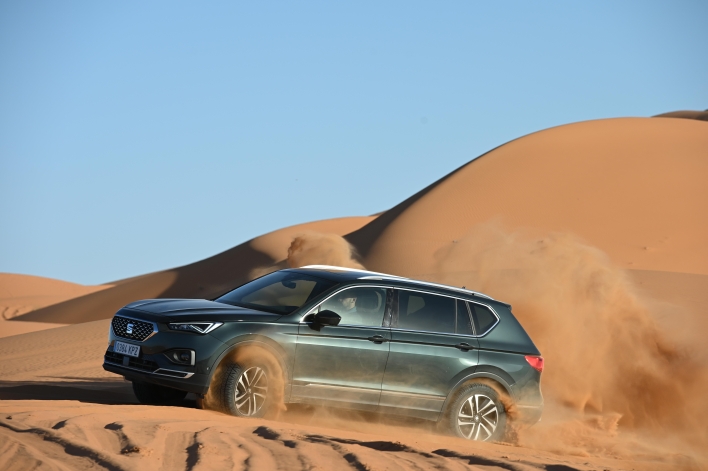 Your choice of engine will impact the running costs of course. There is quite a bit of variance between setups, with the 5 seater diesel having the lowest CO2 emissions and the 2 litre petrol TSI engine creating the highest. The combined WLTP range for the 5 seater diesel Tarraco is 148 – 167 g/km, the 2.0 litre TSI engine rises to a maximum of 214 g/km. 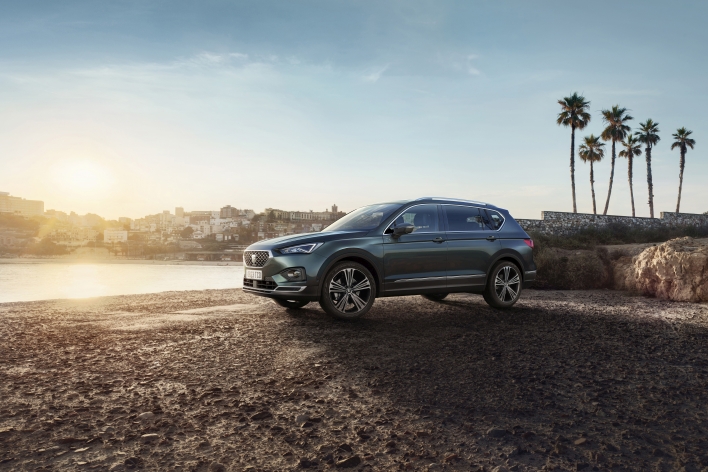 For a big SUV, the Tarraco is surprisingly nimble and responsive. It handles well on Irish roads, never offering much in the way of resistance, it does what you ask of it and you don’t feel like you’re lugging around a giant weight. 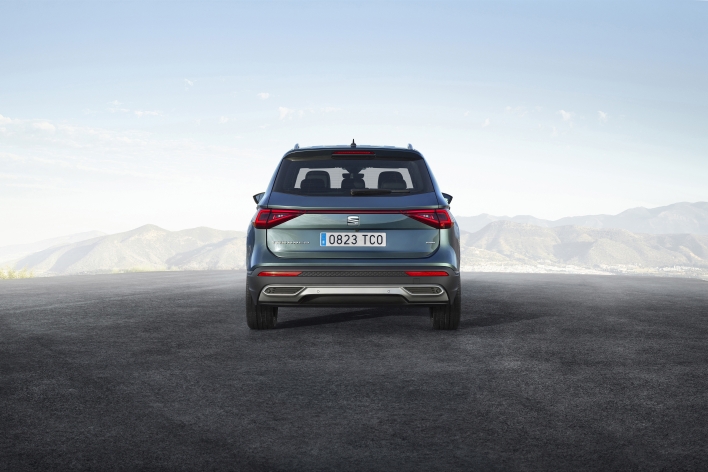 EuroNCAP scored the Tarraco an impressive 97% for the safety of adult occupants in their crash tests. Overall, they awarded their full five stars for safety. Even the entry level Tarraco comes with a host of safety features. Included as standard are a tiredness recognition system that warns when it senses the driver is fatigued, lane keeping assistance, autonomous emergency braking, and isofix points in the rear and front passenger seats. 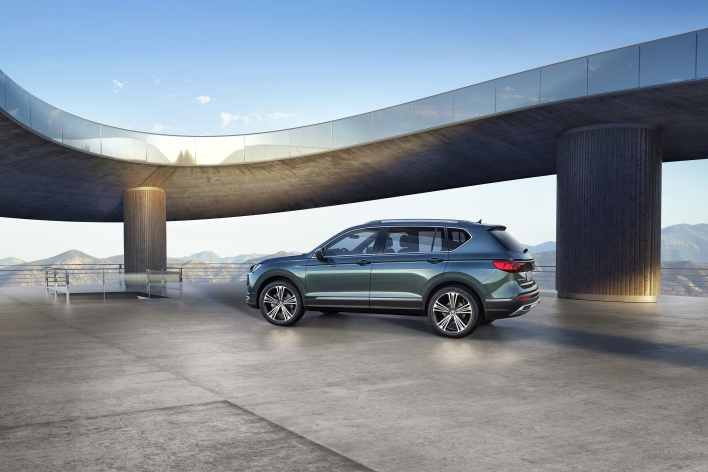 With SEAT continuing to increase sales across Europe when some manufacturers are seeing a decline, we can assume they're doing something right. The Arona and Cupra were SEAT's first forays into the SUV market segment and reports were generally positive. With the Tarraco, they have built their largest SUV yet, competing with the likes of the Skoda Kodiaq, the Hyundai Santa Fe and the Peugeot 5008.