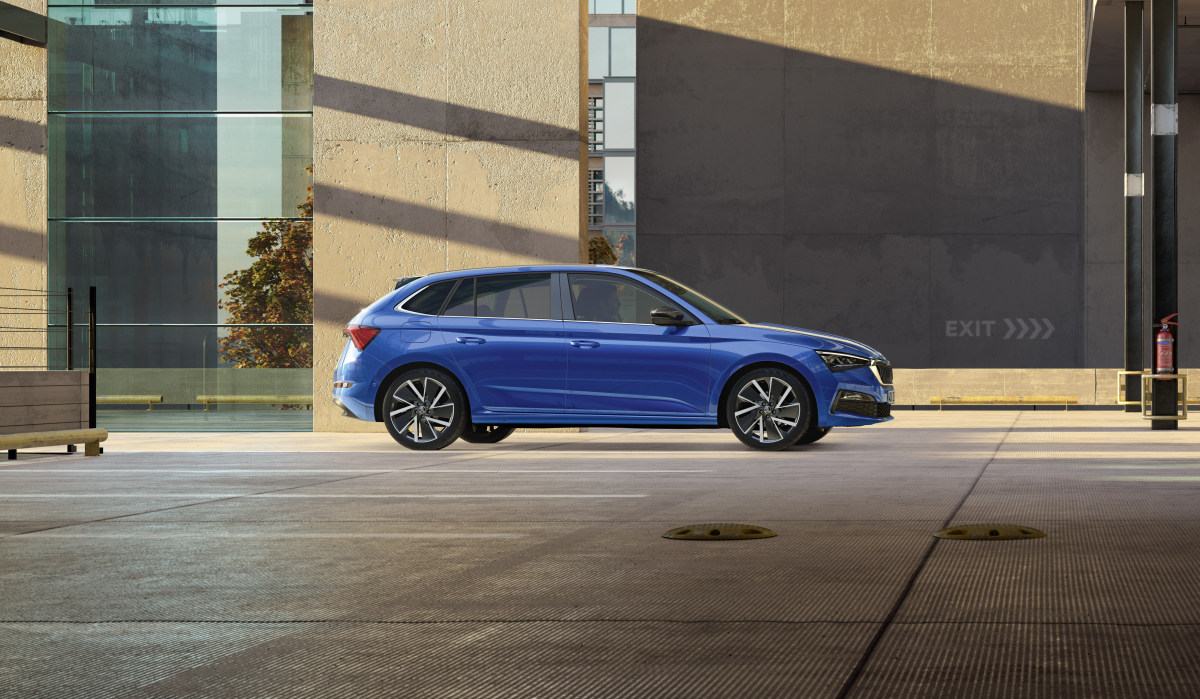 Skoda have become established as one of the best value car manufacturers in the market, drivers have chosen them for their quality, their spaciousness, and their value for money. Until recently though, they did have one thorn in their otherwise unblemished side. The Škoda Rapid was not what you’d call universally liked. They’ve done the smart thing and trashed their failing small family car, bringing us this new, much improved Scala instead. The Scala is going head-to-head with popular rivals like the Hyundai i30, the Opel Astra, and the Ford Focus. We think it will compare pretty favourably, and at a lower price point.
Pros
Cons

The designers haven’t gone mad with the exterior styling of the new Scala. Apart from a more upright front grille, it’s quite in keeping with the rest of the Skoda family. Irish buyers are being offered two choices of trim, “Ambition” and “Style”. The most noticeable difference, externally between these two is the LED headlights. 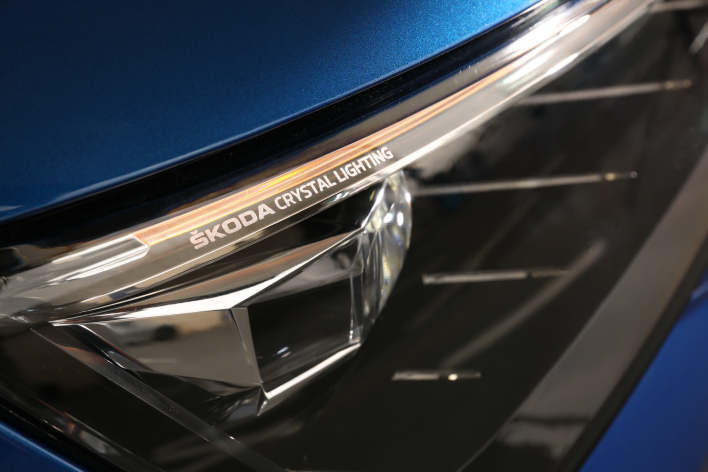 Overall, the build quality inside the new Scala is good. There could be more soft-touch plastics, but they’ve been used in the areas you’ll be interacting with most. The infotainment system is very impressive. In the entry level models you’ll find an 8 inch screen, the higher spec trim will bag you a 9.2 inch upgrade. The screen is clear and responsive on both versions. Navigation is simple and straightforward. The whole unit is raised above the dash unlike the recessed unit in the Octavia. This puts it in a much better eye-line for the driver.

More compact than an Octavia, but bigger inside than a Seat Ibiza. Excellent storage for the most part, though the storage bin under the central armrest is a little small, so too are the central cupholders. Otherwise though, the glove box is huge, the pockets in the doors are a good size, there’s a useful phone storage niche under the dashboard with wireless charging.

In the rear you get masses of legroom, good amount of space above your head, and the rear seats are plenty wide enough for three adults to sit. Though there is a raised central tunnel that could make a middle passenger a bit more uncomfortable.

The boot is probably the biggest you’ll find in this category, 467 litres with the rear seats in their upright position. 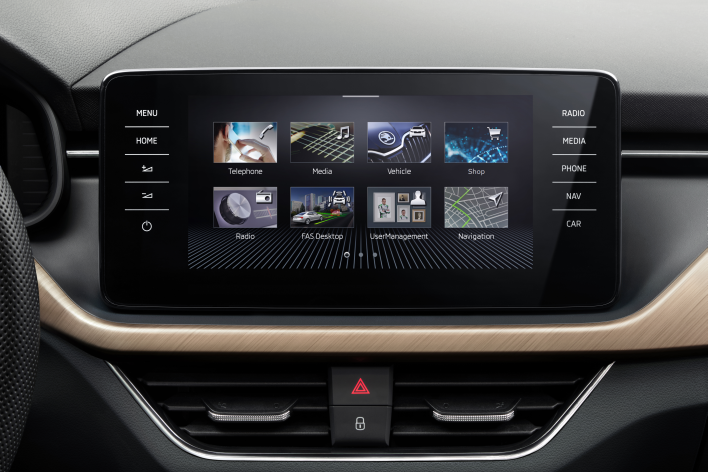 The entry level petrol engine is actually pretty good. It’s the same basic unit that the VW group have been using in the Polo and the Seat Ibiza, so you could be forgiven for thinking it might struggle with the extra weight of the Scala. It doesn’t. It performs well. Whether you’re pulling off from a stop or doing your umpteenth motorway mile the 1 litre 115 bhp power unit will keep on going.

The range also comes with a choice of two other engines, a larger, 1.5 litre petrol and a 1.6 litre diesel. Opting for the diesel will get you a 0-60 time of 10 seconds and a top speed of 200 km/h. The smaller of the two petrols has a similar top speed but will get to 100 km/h slightly faster, 0.2 seconds faster at 9.8. The 1.5 litre petrol engine is a bit more sprightly clocking up a higher maximum speed of 219 km/h and arriving at 100 in 8.2 seconds. 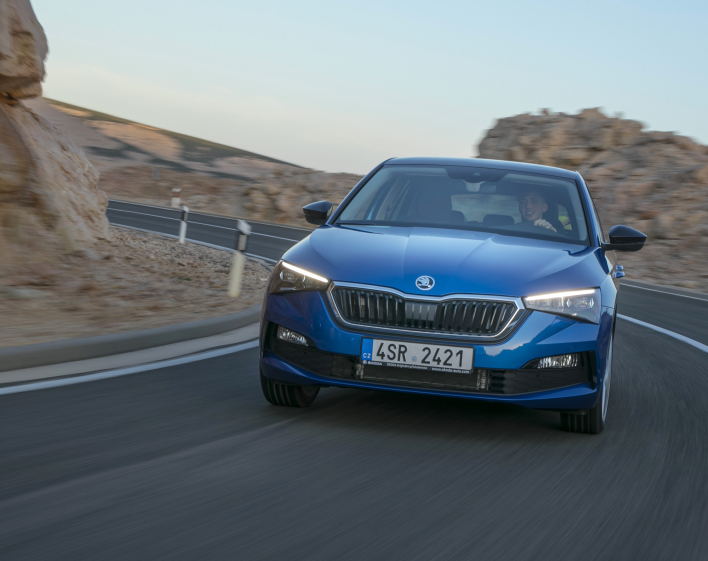 Škoda are offering a 3 year warranty on their cars as standard, this covers unlimited mileage for the first two years and 60,000 in year 3. 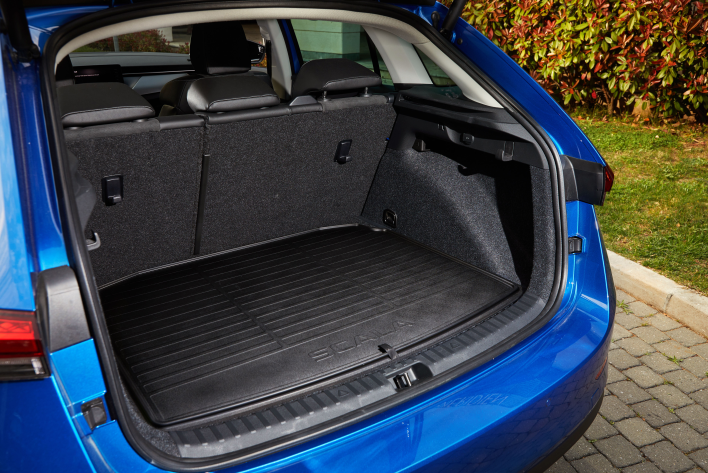 Your choice of engine will of course have an impact on the running costs you’ll accrue. That being said, the new scala isn’t particularly greedy when it comes to fuel consumption.

The entry level 1 litre petrol engine has a combined consumption near enough to 56mpg, the 1.6 litre diesel is less thirsty and a gallon of fuel should see you covering around 67 miles. 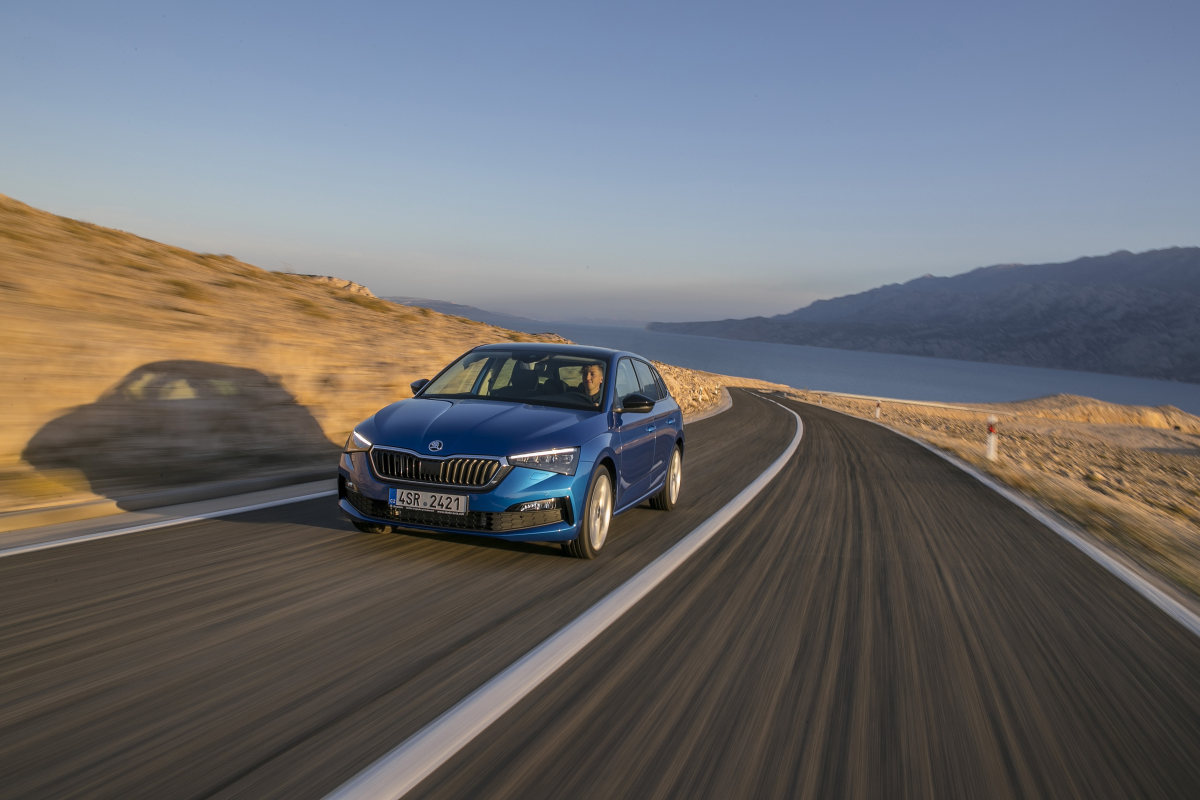 The new Scala was awarded the maximum five stars in the tests carried out by Euro NCAP. The score for adult occupant safety was a particularly impressive 97%. Skoda have done their best to fit as many active and passive safety features into this car as possible. Speed and lane assistance come with all models as does an emergency braking system that detects animals, people and cyclists. 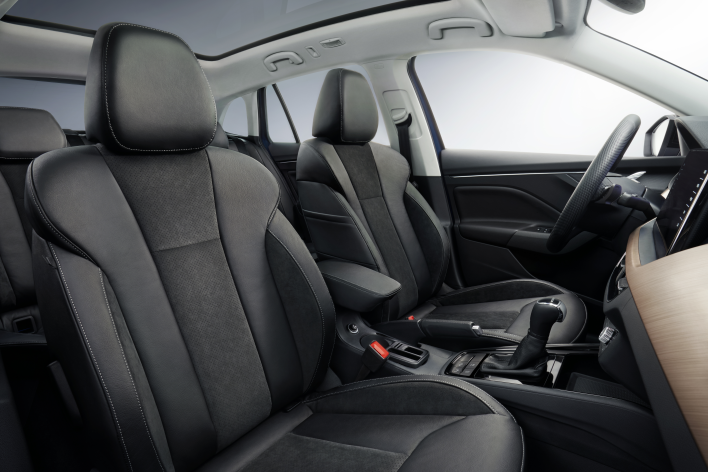 There's not much to dislike about Skoda's new medium sized hatchback. It handles well. Its comfortable and fun to drive. It has more space inside than you'd think a small car should. And, importantly, the whole package comes wrapped up in a price tag that's undercutting most of its competition.