Once the posterchild of super-powered 90s Japanese import cars, the Supra disappeared from our roads some 17 years ago. It was a glorious car, it was an implausible car, it was a special car. Now in an era when most Toyotas are becoming more economical, being electrified, and most competitors wouldn’t dream of launching a sportscar, in a pique of madness Toyota have relaunched the Supra, and I for one thank them. The over-sized whale-tail spoiler may have gone but the new GR Supra has brought a lot of its own individuality to the party.

The Supra could never be accused of being a boring car to look at. It never shied away from public attention. This, newest model does not disappoint. Underneath the bodywork there may be a lot of German engineering but on the surface this car is entirely Japanese. Toyota have modelled the profile of the new Supra on their 1960s 2000GT, the bodywork swoops and curves, making the Supra look organic, powerful, alive. 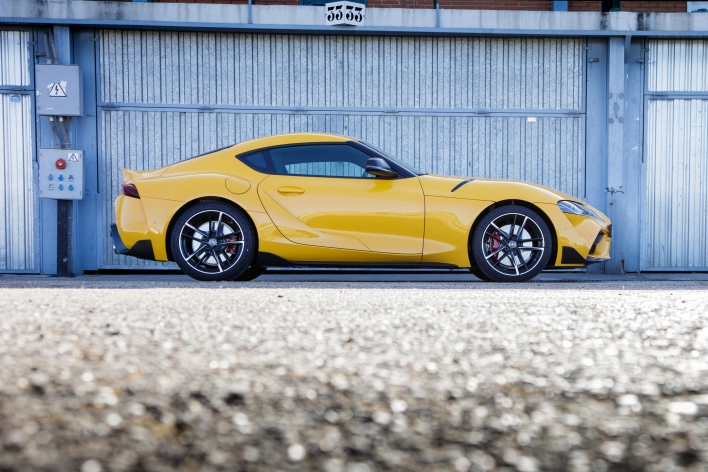 Sitting in the new Supra, you’d be forgiven for wondering if you’d stepped into the wrong car. The partnership between Toyota and BMW that led to this reborn sportscar resulted in a lot of the interior being lifted straight from BMW’s stock room. Some of the components you’ll be interacting with are identical to those in the Z4 roadster. There are two ways of looking at this. Yes, Toyota could have put more of their own stamp on the interior. But equally, why fix what isn’t broken?

The infotainment system they’ve used is a modified version of BMW’s idrive, it comes with Apple CarPlay, can be controlled via a responsive touchscreen and a physical swivel wheel, and all-in-all is one of the better infotainment setups out there.

You may have been able to awkwardly bundle a couple of your friends into the back seats of a MK4 Supra, but the new edition is a two-seater only. It was never exactly comfortable in the rear anyway. Instead of rear seats, you get some speakers and a larger, more substantial boot than you’d expect in a sportscar. This makes the new Supra more practical than you might imagine, if you fancy heading off for a romantic weekend, you and your significant other can throw your weekend bags in the boot and take off in style. Alternatively, leave your loved ones behind and fill the boot with spare tyres for track day. 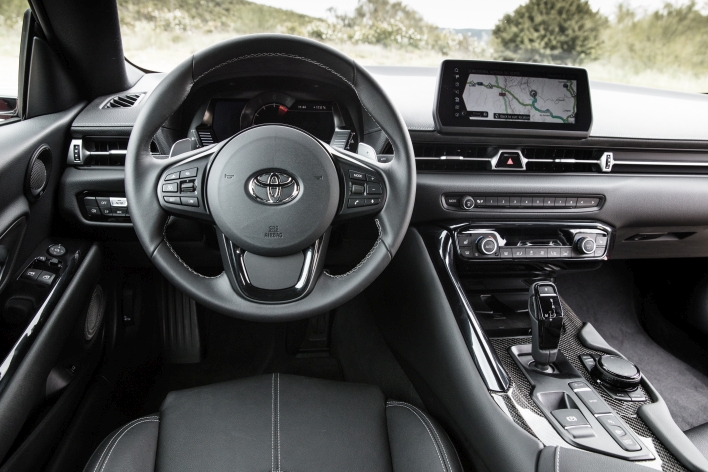 Under the bonnet of the GR Supra is a tried and tested 3 litre, turbocharged, straight six petrol engine from BMW. It generates 340bhp and will power the Supra up to 100km/h in 4.3 seconds. Speed tops out at 250 km/h. Fans of the MK4 Supra may have preferred this new generation to have an upgraded JZ engine like its predecessor, but there’s no need to worry. This BMW unit does the job excellently. 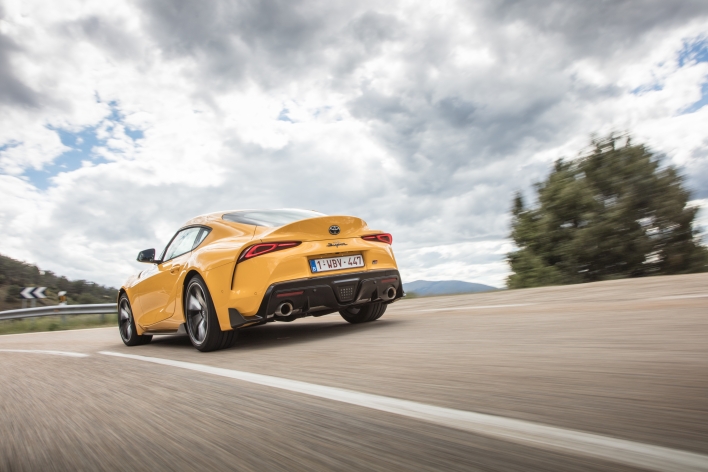 You most likely won’t be looking at a performance car and be worried about the running costs. But it’s nice to know all the same. A Combined fuel economy of 34.4 mpg means that this Supra doesn’t actually fare that badly against its competition.  Your main cost is likely to be new tyres, what with how much fun it is to drift around a track in this car. 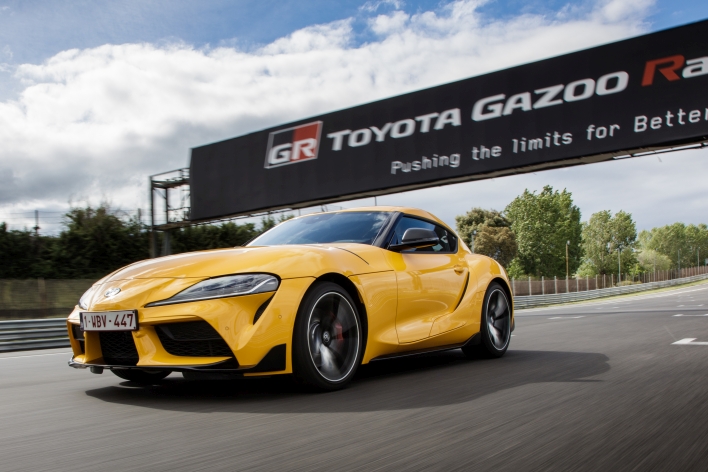 The new supra has been designed with stability and agility in mind. This car is exceptionally well-balanced making for a very confident feeling drive. In fact, with all the automatic features in place it is a very easy car to drive. From looking at it you might worry it would be a bit of a monster on the road but if you keep it out of sport mode you could as happily drive the GR Supra to the shops as to the other side of the country. Turn on sport mode though, it’s an entirely different story.

In sport mode you’ll find out that this car was built for track days. You can throw it into a corner, confident that it will drift exactly as much as you want it and respond when you want it to bring you back on a straight line. 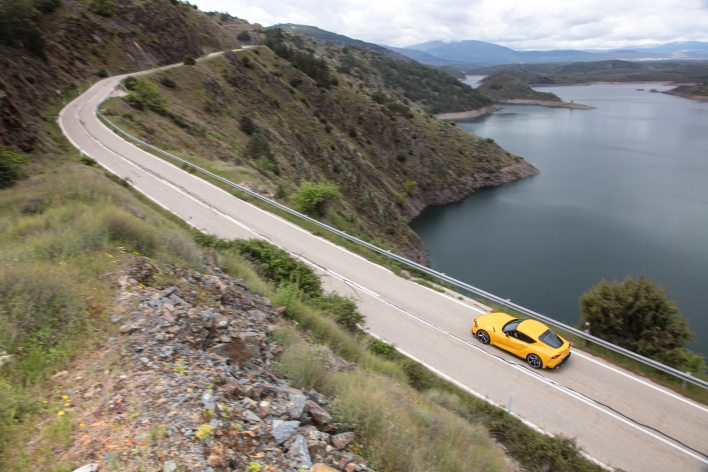 Euro NCAP haven’t yet tested the new Supra, so we don’t have a standard measure for how safe it is. But Toyota have a good record when it comes to build safety and technology. The list of included safety features on these models is extensive. The list includes adaptive cruise control, lane departure warning and correction, a pre-collision system which detects cyclists and pedestrians, and blind-spot-monitoring among a long list of other features.

The GR badge on this new Supra is indicative of Toyota’s new performance division, Gazoo Racing. Their aim is to appeal to grass-roots motor-sports fans. In relaunching the Supra they have done just that. The Mk4 Supra was an icon of the 90s and still has numerous fans today. There will be eyebrows raised at the thought of Toyota partnering with BMW to create this new car, but true driving fans won’t be put off by the German badges under the Japanese bonnet.