The Peugeot 2008 has proved to be a very successful car for the French car maker. Slotting into the very competitive compact SUV sector, where some models tend to look a little similar, the design and style of the 2008 makes it stand out from the crowd and this is something that has met with the approval of many Irish car buyers.

So with a solid petrol and diesel model pedigree to build on and a successful EV track record under its belt in the shape of the smaller e-208, making a success of an electric version 2008 should be straight forward for Peugeot.

So does the e-2008 have what it takes to make it mark in a crowded market? And perhaps just as importantly, will the electric version offer enough benefits to tempt existing owners away from their fossil fuel alternatives?

You will of course be very familiar with the distinctive sharp lines of the 2008 and the EV version has only minimal differences to the petrol and diesel models. The shape is distinctive and to most eyes very attractive. As already said, it also stands out from most compact SUVs on the road. The styling is not to everyone’s taste, but it does make a strong statement and give the car plenty of road presence.

Apart from some subtle styling and ‘e’ branding on the car, it is essentially the same to look at as the petrol version. It has an interesting chequered grille effect and an impressive front light arrangement. It is a car that lends itself well to a bold colour, although this can impact on eventual resale value. You could also find yourself paying a significant bit more for the colour of choice, no matter how bold you want to be. 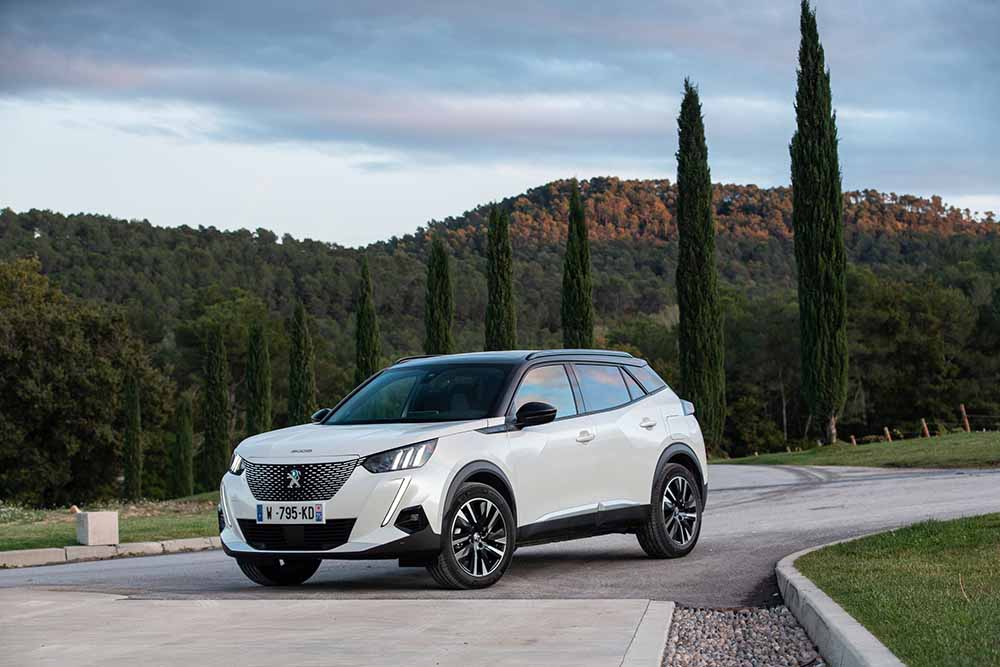 Inside the 2008 feels spacious and very comfortable. The dash flows nicely into the doors to give a pleasing surround effect and it all fits together with a feel of quality. There is a touchscreen to the drivers left and a neat digital display in front. Most car makers will say their displays have stand out graphics, but with the 2008 this really is the case. All but the most basic versions have a “3D cockpit” which means that that the displays a have a holographic feel. This not only looks great, but can also apparently cut driver reaction times. The only down side to all this is that the small steering wheel, while feeling great, does not sit well with taller drivers, who can struggle to find a comfortable seating adjustment that allow an unhindered view of the instrument screen.

Apple CarPlay and Android Auto connectivity is straightforward and there are plenty of USB power point options. Rear space is great for two adults and adequate for three. Behind is a spacious two tier boot and the seats fold to provide plenty of practicality. 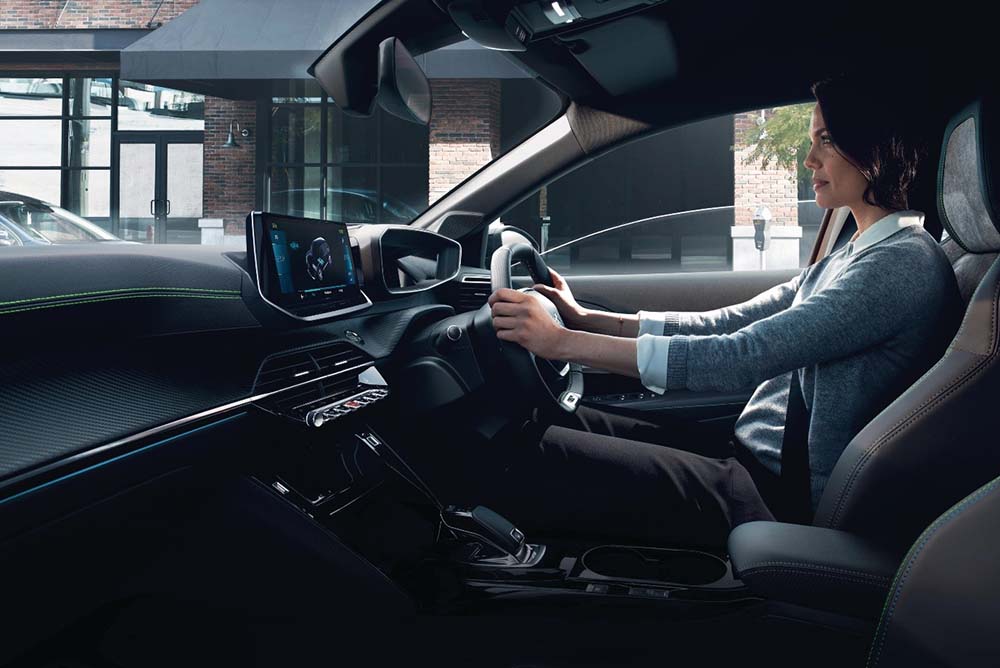 The e-2008 has a 100kW electric motor and 50kWh battery combination. This means it produces power of 136hp and 260 Nm torque. In practical terms the car will accelerate faster than its petrol engine alternative and also achieve a similar top speed of around 150km/h. The performance level is by no means stand out for an electric vehicle of this size, but it is perfectly adequate and delivered in a smooth and refined way.

As to the range of the e-2008, even the makers seem a little unsure quoting both 340 and 345km on their website. Either way this is again more adequate than exceptional, although Peugeot say that it will easily meet the needs of the average motorist with just one charge a week. Like most EVs the official WLTP range figure is a more aspiration than a realistic possibility. There are different driving modes to maximise range, but in a real world situation on a longer haul motorway trip, the e-2008 is likely to need a recharge well before the 300km mark. 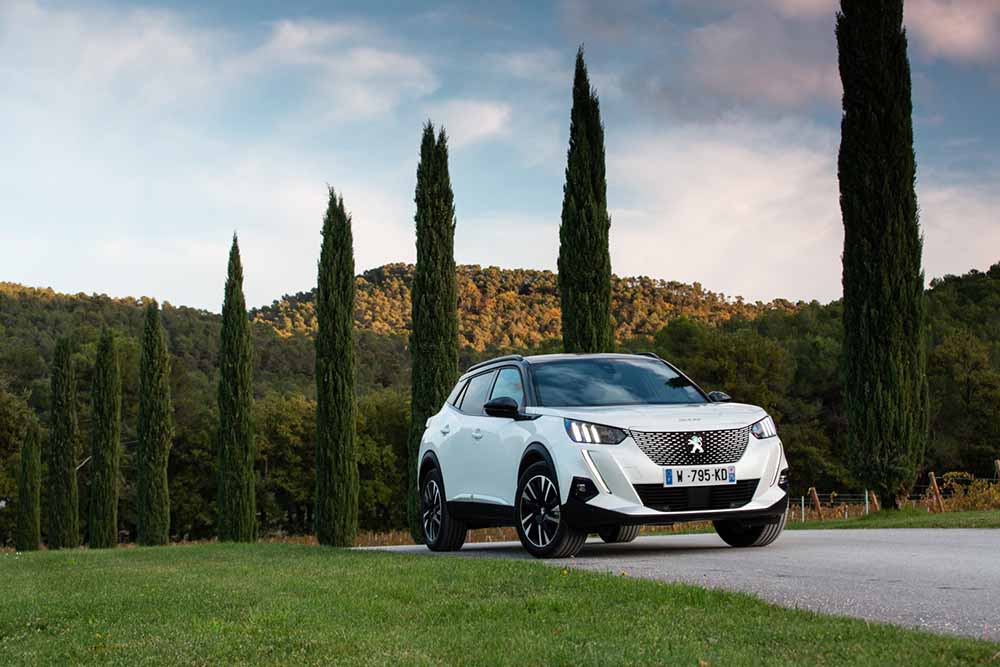 The petrol and diesel versions of the 2008 have a good reliability record and rate well in customer satisfaction surveys. It is early days for the e 2008, but sharing a platform with the internal combustion engine alternatives and a good Peugeot track record in EV development should mean this is a fairly safe bet in the reliability stakes. 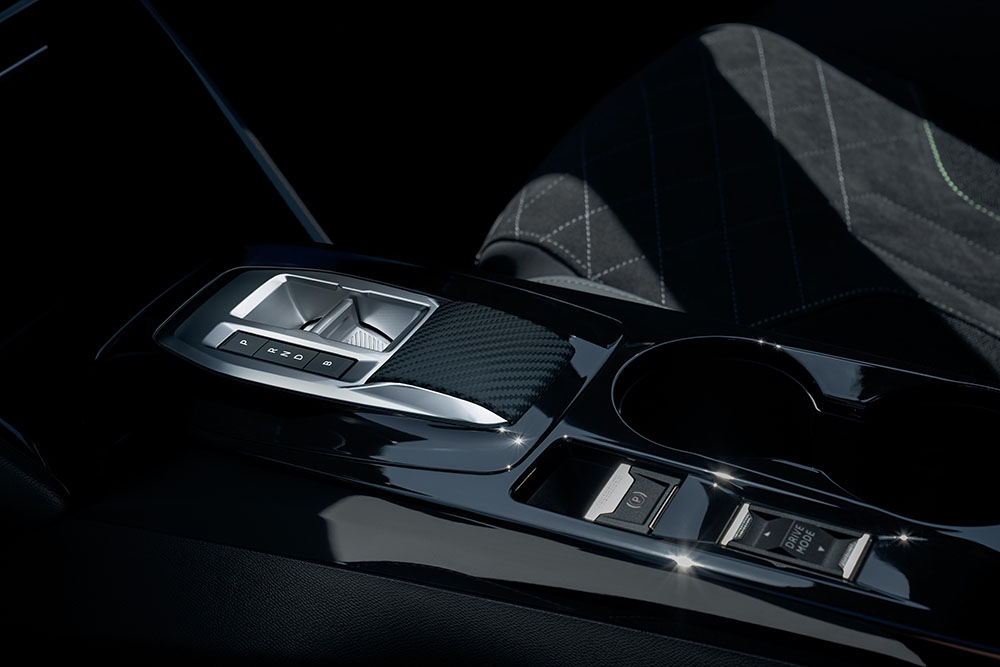 Low road tax and electric power means that the e 2008 is an economical and practical option for many buyers. The trade off with EVs is normally that you pay a much higher price for the electric version of a model, but with the 2008 this is not the case. The price differential on basic models is small and on the high end GT spec, taking in to account grants, the electric version actually works out cheaper than the automatic petrol alternative. This may make many buyers take a serious look at going electric for the first time, especially with fuel prices so high.

There is no doubt the e 2008 is more at home in the town or city that it is in the countryside. It handles urban roads with a pleasing ease, but feels a little less assured on an open road higher speed corner. That said it is a good car to drive, being both comfortable and ultra quiet. Like most EVs it can feel a little harsh over bumps, but generally the ride quality feels very assured. The steering does, however, feel a little on the light side. 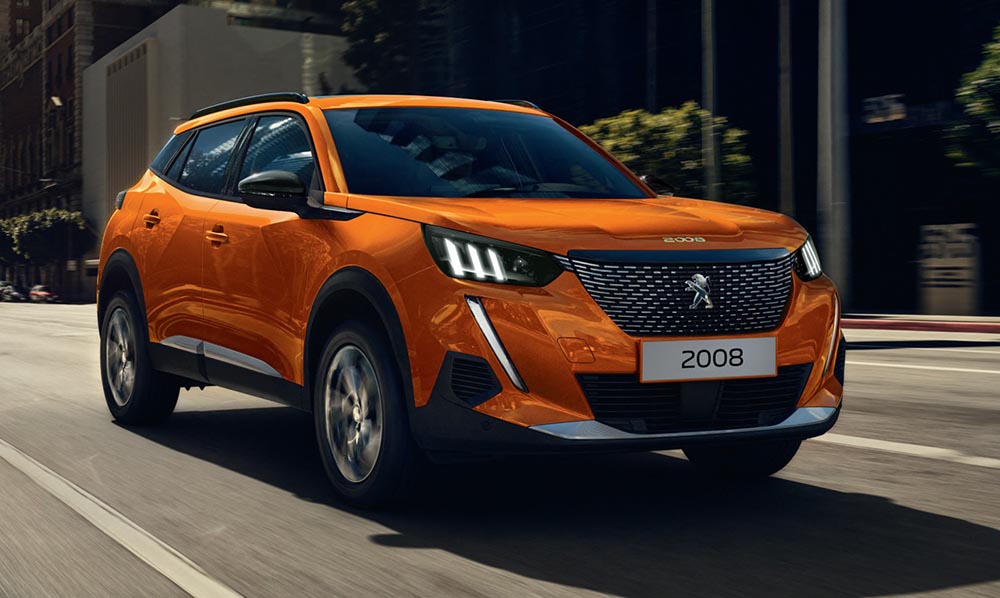 2008 has 4 star Euro NCAP safety rating, so while not top of the class, it does provide a high level of protection. Peugeot, unlike some manufacturers, has also made a whole host of driver assistance systems standard on all models, so you don’t have to pay extra to get a high level of safety. This includes; emergency braking assistance, a useful hill start assist, programmable cruise control and speed limiter, lane keeping assist, speed limit recognition and driver attention warning. It all comes together to make a good overall safety package that also makes the e 2008 easy to drive. 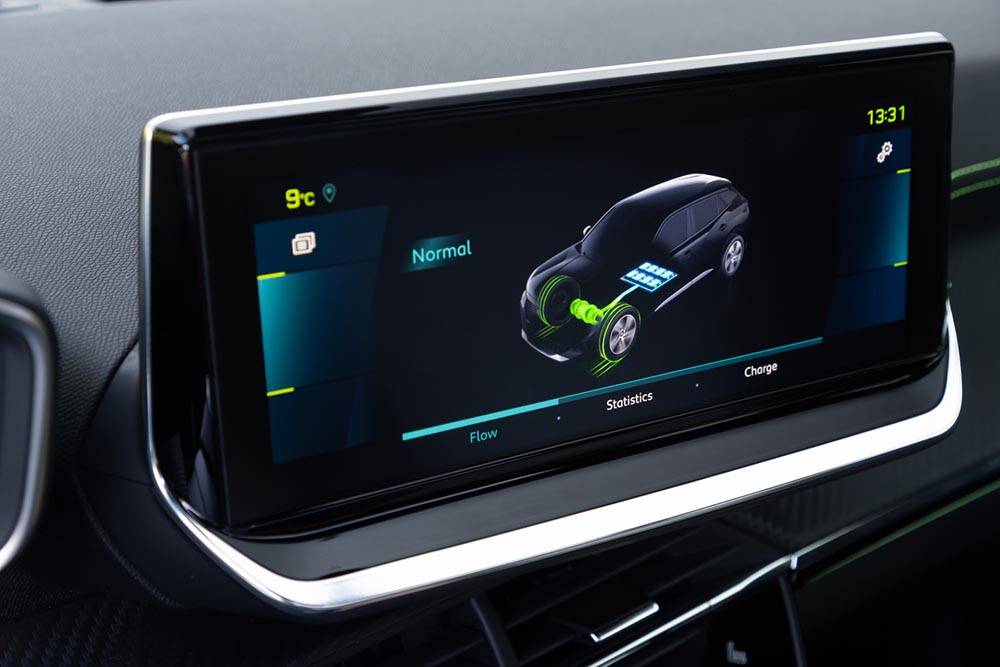 With grants you could be driving a new Peugeot e-2008 for just over €33,000, or just over €37,000 for the higher GT Line spec. Either way, you are getting a lot of car for your money and a very capable compact SUV that looks good and drives well. Over all it feels and looks a little different to other cars in this class and this will find favour with many buyers. Range and performance may not be top end of the spectrum compared to certain competitors, but for its intended purpose this is a very good car.